'A Diverse Network is More Valuable Than A Large One' 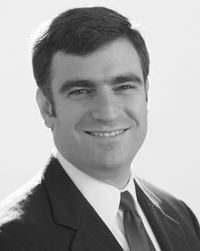 08 November, 2014
Print this article Font size -16+
If your boss asks you to check the company you keep, chances are it is not an admonishment but a pointer for career advancement. Realising the pivotal role employee social networks play (both within and outside an organisation), Adam M. Kleinbaum, Assistant Professor of Business Administration at Tuck School of Business at (Dartmouth) has recently conducted a study on how such networks can be made more effective for an organisation's and individual's benefit. In an email interview with BW Online's Alokita Datta, Kleinbaum elaborates on how advantageous employee networks define career growth, the benefits of atypical career paths (and how to achieve them) as well as the relationship between company policies and stronger networks.

What was the main objective of the study (on employee networks) and what were some of its key findings?
This study was part of a larger project exploring informal networks of interactions within large organisations.  The overarching objective of the study is to understand how and why informal networks come to be structured as they are.  In this study, I examined the role of career history in shaping interaction patterns.  Another study examines the role of organisational structure; another looks at social categories, specifically gender; another focuses on the role of the headquarters in harnessing the potential of networks to implement corporate strategy.

The most expected finding of this study was that within large organisations, people with static careers generally have less advantageous networks that people who have experienced mobility within the company.  In the paper, I analyse the networks and career histories of tens of thousands of employees, but to pull out a single example, I describe "Kellie," a consultant with the job title of IT Specialist.  Kellie worked in a medium-sized office in a Louisiana city, where a few hundred other employees were based.  During the seven years of career history that I can observe, Kellie stayed in the same job, in the same office and was not promoted.  Correspondingly, Kellie's network was relatively focused: all of her contacts are in her own job function and nearly all are in her own business unit.  She has some contacts in other offices, but nearly all are in her home state.  Quantitatively, Kellie's network is less advantageous than 94 per cent of BigCo employees.  In contrast, "Bill" held a position similar to Kellie's at the start of my observation, but then he moved, first into the Software business unit, where he continued to serve as a consultant.  Next, he became a technical sales specialist for the software unit.  This was a natural transition, given the expertise Bill had developed in earlier roles, and one with ample precedent at BigCo.  Compared to Kellie, Bill has a larger, broader, more diverse network.

The most starting finding was that among the people who have had dynamic, mobile careers, the particular pattern of mobility matters a great deal.  People who have moved along well-trodden career paths have networks that are moderately advantageous.  But the people with the most advantageous networks are people whose career histories have been atypical for the organisation.  Take "Sheryl," for example.  At the start of my observation period, Sheryl had much in common with Kellie and Bill.  But two years later, she was promoted to the executive ranks into an administrative role in the IT consulting unit.  A year later, she moved into a marketing role.  After three more years, she took an assignment in the manufacturing function of the corporate supply chain group, working in the corporate headquarters.  A sequence of transitions like Sheryl's is highly unusual at BigCo: fewer than 7 per cent of people have careers as atypical as hers.  And correspondingly, Sheryl's network is significantly broader and more far-reaching than that of either Kellie or Bill.

You therefore suggest that people who follow nontraditional career paths (switch between different portfolios) are likely to develop more diverse networks…
The argument in the paper is two-fold.  First, people who have moved around accumulate a larger rolodex than people whose jobs remain more stagnant.  Second, among the "movers," people with non-traditional career paths are more likely to have rare and valuable ties.  This is a simple argument about supply and demand.  To return to my examples above, "Bill" has a large and diverse network, but the value of the ties that he possesses is limited by the fact that many other people also have contacts across the boundary between the software and services units.  In contrast, "Sheryl" has ties that are far more rare, making them very valuable.  So the benefit of atypical career paths is in forging networks that are not only large and diverse, but which also span boundaries that are rarely traversed.

There is no doubt that both individual differences in social skills as well as company policies, practices and structures will affect people's networks.

How do you define 'brokers' within employee networks? Do they evolve over time and (necessarily) exist only within a company?
Scholars of social networks define a "broker" as someone who connects people or groups who would otherwise be disconnected.  Returning to the earlier example, Sheryl is a broker because no one else in the corporate supply chain group had ties to the IT consulting business unit.  Sheryl was uniquely able to broker interactions between those two groups.  A key finding of this paper is that brokerage definitely does evolve over time - as people progress in their careers, they get opportunities to broker interactions between their present colleagues and their past colleagues.  I call this the "rolodex effect".  There is no question that rolodex effects occur both within companies as well as across companies.  This study focused on brokerage within companies, but another study might examine brokerage across companies in a setting like Silicon Valley in the U.S. or Hyderabad in India, where people maintain large, productive networks across organisational boundaries.

In what ways should potential brokers be encouraged, by the company? How should management rotational programs be designed, therefore?
In my experience talking with managers about their rotational programs, without exception, they think about rotational programs in terms of the development of human capital.  That is, they think about the skills, knowledge, and experience that an employee will gain from the program and they design the program to maximise the value of that those skills, knowledge and experience.  They readily agree that employees also build a valuable network as a result of these programs, but that network is usually viewed as a beneficial side-effect of the program, not its primary purpose.

My research suggests that the network-building benefits, or social capital benefits, of job rotations may be at least as valuable as their human capital benefits.  This suggests that rather than optimising the program to provide the best experiences, firms would get more value out of these programs if they could jointly optimise them to provide both experiences and networks.  That is, companies should be deliberate about putting people into positions where they can not only acquire new experiences, but also acquire a network that is likely to be valuable, given their future assignments.  If collaboration between two groups looks to be important in the future, rotate people through both so that they can build strong ties that will facilitate that collaboration.  It's important to stress here that the difference between these two approaches is minimal and virtually costless to companies, but has the potential to significantly increase the return on their investments in rotational programs.

As the carriers of vital information, can brokers sometimes threaten the integrity of the company? How should management control that?
I think threats can often be viewed as opportunities.  Brokers create opportunities by forging connections and recombination between disparate ideas within large companies.  These opportunities can be threatening to the company to the extent that the broker uses them to capture value for herself, rather than to create value for the company.  But in many cases, the broker captures value by creating some value for the firm.  The threat arises when a broker monopolises the flow of information in order to maintain her power.  In these cases, the firm can (and should) actively try to create other bridges to reduce its dependence on the broker.  For example, when a manager realises that a broker is providing valuable access to another part of the company, she could initiate a cross-divisional task force to bring the two groups together formally.  In this way, formal organisational structure will induce the formation of new ties across the boundary, reducing the company's dependence on the broker.

How often do the social (often personal) relations an employee forms with different people from various departments lead to advancement in his/her career?
Very often, and usually not in the egregious ways that we associate with nepotism.  More commonly, these dynamics work in subtle ways.  For example, a person with an advantageous network might get earlier warning that an appealing job is going to open up, giving him more time to tailor his experience to fit the job description.  Or a person with an advantageous network might get more or better opportunities to do good, important work within her current job; in such a case, she may get the promotion because of the important work she did, but she got the chance to do the important work because of her network.

When a new employee joins a company, how does his already existing professional network help in the broking process, in the new organisation?
There are numerous ways an employee's pre-existing network can help him to meet new people within the organisation.  For example, people hired from another firm in the industry may know some of their new co-workers from prior interactions in the course of business or at conferences.  A new hire may have friends of friends in the company, who might stop by to welcome them and begin a professional relationship.  People often find new jobs through their network, in which case they probably have friends inside the company who may have helped them get the job.

What constitutes a diverse network: relationships with more number of people from the same profile (for instance sales, not necessarily in the same company) or knowing more people from different fields of work?
There is an important distinction between a large network and a diverse network.  A large network is just a lot of people, but if all the people are similar — or if all the people are interconnected, and therefore have access to the same pools of knowledge - they are, in a sense, redundant.  In contrast, a diverse network consists of people who are different, in the sense that they may belong to different organizations or different units of the same organization; come from different functional backgrounds; or otherwise provide access to distinct pools of information.  A diverse network is far more valuable than one that is merely large.

Most often, at what level are there communication gaps within a company's structure usually present?
My research shows that the largest gaps in informal structure coincide with the largest gaps in formal structure - between business units and between job functions.  To some extent, this is a good thing - the division of labour promotes specialisation and efficiency.  But at the same time, these silos may create opportunities for value-creating collaboration.