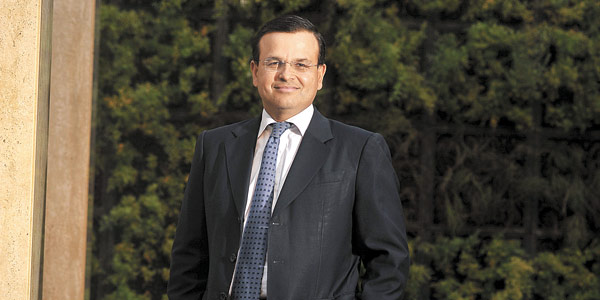 08 November, 2014
Print this article Font size -16+
From its first branch in India in 1858 to getting embroiled in the Harshad Mehta scam in 1992 to becoming the country’s largest foreign bank with the buyout of Grindlays Bank’s Indian arm in 2000, Standard Chartered Bank has come a long way. It has spread to 42 cities, with 99 branches, and a balance sheet of over Rs 1,19,00 crore through some quickfire acquisitions — UTI Securities and American Express Bank in 2007 and Barclays’s retail portfolio in 2012. India now accounts for a big chunk of the bank’s global profits and is key to its global ambitions. Sunil Kaushal, CEO of India and South Asia operations, Standard Chartered Plc and Standard Chartered Bank India spoke to BW. Excerpts:

How does Standard Chartered Bank see global-local as a concept?
For a bank of our size in India, it works both ways. On the retail side, the requirement to go local becomes very important. It cuts across whether it’s a product offering, features of the product, underwriting standards or the channels that you adopt. For wholesale customers, there may be a difference in the sophistication of products, but you don’t localise that much except when there is a regulatory requirement.

On the flip side, markets like India offer a huge opportunity for finding models that can then be adopted in countries of similar geography, scale or size. For instance, in India, we are looking at a low-cost branch model. Clearly, if you have an ambition to open a few hundred branches, we don’t want to adopt the traditional brick and mortar approach that we’ve had for the past many years.

What we are thinking of is a model that is going to be high on technology, but low on cost. I am not suggesting that we have got there already, but if we crack that model, we can then migrate it to markets like China, Indonesia and parts of Africa.

So, it works both ways in terms of bringing the best practices from developed markets into India, at the same time looking at India as a market where you can develop new models to be transferred out.

How far are you from cracking the low-cost branch model and at what level of cost reduction?
We are hoping that we will able to come up with something in the next 6-12 months, to be able to deliver a very low-cost solution, but not low on features. It is 30 per cent of the cost, but 100 per cent of the features. It is that kind of a model. If one looks at banking, there is a clear risk that it may go the telecom way, which is, it will remain a hugely profitable business or industry, but a hugely competitive one where the tariffs or prices and charges have only one way to go — down. Therefore, you really need to adapt.

Banking will be big scale, big volumes, but at the same time, margins will have to be protected by low cost of delivery. The low-cost branch is only a manifestation of one of the things that we will be doing.

Today, we are acquiring close to 25 per cent of our credit card customers online, which has brought down our cost by an eighth. By putting customers onto a mobile platform, we can bring down the cost by as much as 75 per cent compared to a branch or a call centre. Those are the things we are working towards.

The analogy with telecom is interesting, but for that kind of volume you need be unfettered by the restrictions that foreign banks face in India...
We ultimately want to use technology in a way where, with or without having more branches, we are able to reach a lot more customers, a lot more clients. That’s where technology plays a role.

I am not saying we are going to start banking millions of customers from tomorrow, next month or next year, but if you can harness technology, you can do many times of what you are doing.

If you are acquiring so many customers online, does the branch model remain relevant? Can you not reach out to markets where you don’t have branches?
We do not do that because then servicing becomes an issue. Ultimately, you require servicing. You need to know the market in a particular town, city or area. We have our own standards on how much distance you can cover from a certain branch. But that has increased based on technological capability. Earlier, we could do a 15-30 km range. We can widen that much more by just using the various touch points — ranging from a call centre to online to mobile banking to ATMs. That’s only going to expand.

I see the future in the hub-and-spoke model — a hub branch as backend in terms of processing being the nerve centre. Then use technology in combination with other channels and alliance partners or what are popularly called business correspondents as a front end, almost like a surrogate branch, and expand business. That’s very much what will happen in the near term.

What about other technology costs, even the cost of ATMs?
Technology costs are coming down. Today, you can set up a branch core operating system for less than Rs 25,000 a month. The assumption would be that technology will only get progressively cheaper.

Have the strategies and products devised in India found their way into the global organisation?
We have used certain products that were hugely improvised in India and then taken overseas in terms of best practices. For instance, SME loans against property is something we developed in India, understood the nuances of what clicks and what doesn’t and then migrated those practices to other parts of the world.

A unique one for us was the business instalment loan. We were the first international bank in India to come up with an unsecured small ticket instalment loan for SMEs based on scorecard. You got an approval in a day or two, and it was based on your bank statements and cash flows. There was no balance sheet or annual accounts. These loans would range from Rs 1-2 lakh to Rs 75 lakh.

How does Standard Chartered Bank tie in sustainability with corporate strategy?
We have developed a few programmes in India that have now become global programmes. For instance, WASHE (water, sanitation, hygiene and education) is a programme developed in India for adolescent girls. Several municipal schools don’t have toilet facilities; so, girls left school when they reached puberty. We started developing toilet and hygiene facilities for girls. That has become a real game changer. This allows girls to continue with their schooling throughout their teens. We have now migrated this to other parts of the world.

The other one is building personality and confidence in the girl child through a game called GOAL. That again has moved to the Middle East and other parts of the network in terms of going into under-privileged areas, coming up with these programmes and targeting certain segments like the girl child and doing it in a scalable manner.

Besides this we have our flagship programme — Seeing is Believing — that works towards curing avoidable blindness. In the marathons that we organise in Mumbai, for about 240-250 NGOs, 80 per cent of their annual fund-raising is done in that single event.

How much of Standard Chartered Bank’s research and development is Glocal?
On how we use technology to digitise banking, the global head sits in India. The R&D for that is out of India. Development of some of the core operating systems of the bank are done out of India. In fact, the backend processing centres are in Chennai.

What’s the biggest challenge for global organisations in local markets?
The pain felt is similar to what is felt by any other business. You want things to happen quicker, things to turn around faster. You want a better ecological system in terms of infrastructure. You want to push technology in a big way. It will only happen if you have the backbone — 3G or 4G — in towns and villages like you have in some of the other developed markets.

How much does local contribute to the bank’s global advertising, marketing and strategies?
We have our global strategy on marketing within which India dovetails. Incidentally, the global head of marketing is an Indian.

We benefit from that advantage and knowledge of the local market. We are the Top 3 (in the Standard Chartered Bank world) in any metric that you use; so, if there is anything important that the bank requires in terms of either introduction or learning, India plays a huge part. We are not a half or one per cent contributor to the global network. We are a significant contributor. To that extent there is a significant give and take.