Adityanath''s remarks came a day after Delhi Deputy Chief Minister Manish Sisodia likened the coal situation in the country to the shortage of oxygen during the coronavirus crisis. INC Claims Internet Shut Down In Sitapur, Sidhu To March Towards Lakhimpur

Congress leader Navjot Singh Sidhu, on Tuesday, warned the UP government that the Punjab Congress will march to Lakhimpur district, if the accused is not arrested, and Priyanka Gandhi Vadra, who was detained, is not released. Chidambaram said, the facts and circumstances concerning Gandhi''s detention in Sitapur "conclusively establish that there is no rule of law in UP". Modi Attacks Previous SP Govt In UP, Says It Created Hindrances In Implementation Of Housing Scheme

The remarks came after the prime minister digitally handed over keys of PMAY-U houses to 75,000 beneficiaries. Everything else, be it the law-and-order situation, or the farmers agitation or their distress, or the Covid pandemic’s mayhem, all will pale in comparison to the gains accrued on completion of Ram mandir under their tenure. Farmers Not Involved In Lakhimpur Violence, People From Political Parties Behind It: BKS

The BKS claimed that the way the people took the law into their own hands and committed murders in public shows that they were part of some professional gangs. Congress general secretary Priyanka Gandhi and other party leaders were detained in Sitapur on Monday, with the party alleging they were not allowed to meet the victims of the violence. 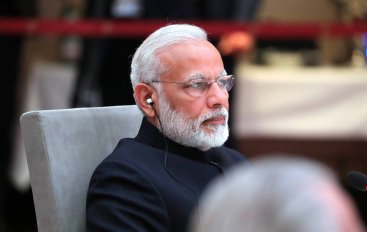 The ruling BJP has said that several opposition parties, including the Congress, had promised similar farm reforms that the Modi government has enacted but are now backing protests against the new laws for selfish political reasons. Adityanath in a tweet said, "May you get long life and good health by the grace of Lord Ram. May you continue to get the ultimate privilege of serving Mother Bharti throughout your life." The ruling came 11 days after Mathura's Chief Minister imposed a ban on the sale of alcohol and meat. On the occasion of Janmashtami (August 30), Yogi Adityanath announced the decision, claiming it was made after saints and political leaders from the Braj Region encouraged him to do so. CM Adityanath had instructed the public in the area to trade milk instead of meat and liquor. The NCW received a total of 19,953 complaints of crimes against women from January to August this year, up from 13,618 in the corresponding period of 2020

The entire India reposes its faith in Lord Ram. Lord Ram resides in each and every bit of this place.

Politicians And Their Tryst With Astrology