Financial System Must Be A Special Focus As It Delivers Credit To All Sectors: Principal Economic Adviser, Sanjeev Sanyal

Sanjeev Sanyal, Principal Economic Adviser to the prime minister of India speaks with BW Businessworld’s Manish Kumar Jha on such issues in the time of the pandemic that is not only wrecked up human lives but the very core of economic activity. More Space On Monetary Side Than Fiscal For Boosting Growth: Sanyal

Economic growth hit over six-year low of 5 per cent for the first quarter ended June 2019 mainly driven by demand slowdown. In an interview with BW Businessworld, Principal Economic Advisor in MoF Sanjeev Sanyal talks about the state of the economy GST And NBH: Case On Feedback Loops And Flexibility Based Thinking

However regarding the feedback and adjustment mechanism used for GST, he says “Instead what was done, instead, it was implemented in July 2017, knowing fully well that not all the systems had been put into place Economics Of Chaos And Complexity: Economy As Evolving Ecosystem, Not A Machine Feedbacks And Adjustments Rather Than A 'Master Plan': A Tale Of Two Cities

Applying this to policy making, particularly urban governance and design, he then stressed on the importance of feedback and adjustments based on the contrasting urban planning of Chandigarh and Singapore 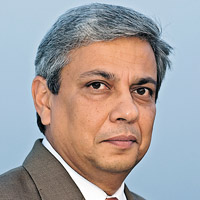 It's All Up To Disinvestment 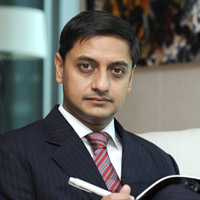 ‘Our Current Planning Models Have To Change’