"My greetings to the Hon'ble Prime Minister Shri @narendramodi Ji on his 70th Birthday. I wish him a healthy and successful year ahead," she tweeted. The All India Trinamool Congress led by Mamata Banerjee is all set to retain power in West Bengal that is due to go to polls this year – despite the fact that the party is not too popular in the state’s urban areas. The reason behind this foregone result of the ensuing Assembly election is the hovering sinister presence of the decades-old misrule of the CPM dispensation in the State and the substantial development in the rural areas by the present dispensation of Mamata Banerjee. If the opposition has reasons to malign the image of the TMC in the State for its failure to ensure industrialization and establish semblance of law and order, the people in general stand by Mamata Didi – as the Chief Minister is referred to -- firmly to ward off the possible return of the CPM misrule. 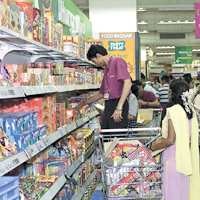 Succeeding In 2022: Here Are Some Trends For What Businesses Can Do

Financing through Securitisation Likely To Be Challenging For Microfinance Entities: Icra