Too Big To Fail

India’s economy is now a global heavy-weight; it must stay nimble After A Good Start, This Journey Cannot Be Derailed 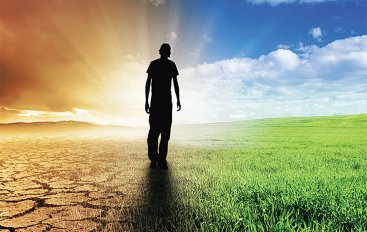 This Independence Day Free Us From Undue Interference

On this Independence Day, we commemorate the memory of all those who laid down their lives for the country and countrymen. Why did they make the supreme sacrifice? Because they treated this freedom as a huge responsibility – a shared responsibility

While the Government has taken several steps, more are needed for Indian industry to reach its true potential Leading The Next Growth Wave

When we look at the nation’s capabilities today, we take pride in statistics such as emerging as the fifth largest economy in the world and the third largest in purchasing power parity terms 71 Years Of Independence: Government Of India And Media & Entertainment

Media and Entertainment have since Independence received mere lip service from successive Government. The drafters of the constitution had no time for this sector, as it does not even find a mention in their debates

Importune your Maker, but not with impunity....... We Want Industry As Partner – Not As A Vendor For Our Next Generation Program: Dr K Sivan, Chairman, ISRO

Dr. K Sivan is the chairman of Indian Space Research Organisation (ISRO) and he is known as "Rocket Man" for his significant contribution in the development of cryogenic engines for India's space programme. He is also the Secretary to the Department of Space. He has spearheaded India’s various missions to space. In an exclusive interview with Manish Kumar Jha of BW Defence, ISRO chairman Dr. K Sivan Kumar spells out the many exciting technology and challenges that his team of scientists are working on in the field of space research. He also talks about the ‘famed ISRO Model’ and future of India’s space missions.

Investors Should Rather Use Corrective Phases As Opportunities To Get Into Businesses: Religare Broking's Gurpreet Sidana