Johnson has been under intense pressure from the opposition Labour Party as well as members of his own Conservative Party since an email invitation for the event on May 20, 2020 emerged in the media. 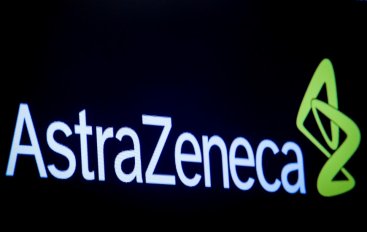 British Prime Minister Boris Johnson credited the vaccine produced by scientists at the University of Oxford and manufactured by AstraZeneca with helping the world combat the COVID-19 pandemic and saving millions of lives. That his new sibling was expected, was announced in an Instagram post back in July, when Carrie Johnson also revealed that she had a miscarriage earlier this year. The two Prime Ministers reviewed the implementation of the Roadmap 2030 priorities particularly in the trade and economy, people-to-people, health, defence and security areas. A total of 2,977 people died in the terror attacks in New York and Washington, including 67 Britons. The attacks, which were planned by Al Qaeda from Afghanistan, saw four US passenger jets seized by suicide attackers – two of which were flown into the Twin Towers of the World Trade Center in New York. Johnson is scheduled to tell Parliament how his Conservative government will raise billions to fund the care millions of Britons need in the final years of their lives. The Taliban seized power in Afghanistan on Sunday, two weeks before the US was set to complete its troop withdrawal after a costly two-decade war.

Taliban Will Be Judged By Deeds, Not Words, Says Boris Johnson Ahead Of G7 Meet

The meeting will take place by video conference and the NATO and UN Secretaries-General have also been invited to join the discussion.

Under Step Four of the government’s four-step roadmap to end lockdown, COVID restrictions have now been replaced with guidance emphasising personal judgement and responsibility on face masks in indoor settings and caution in large gatherings. Trade deal with UK will bring substantial opportunities for India in services sector like IT and research & development and in merchandise trade for sectors like garments, gems & jewellery, pharmaceuticals, footwear and chemicals to name a few.

'Very optimistic' of meeting target to lift COVID lockdown but nothing can be guaranteed, says Johnson

'Very optimistic' of meeting target to lift COVID lockdown but nothing can be guaranteed, says Johnson

UK bans non-essential international travel till at least May 17

UK bans non-essential international travel till at least May 17