Yet Another Populist Move 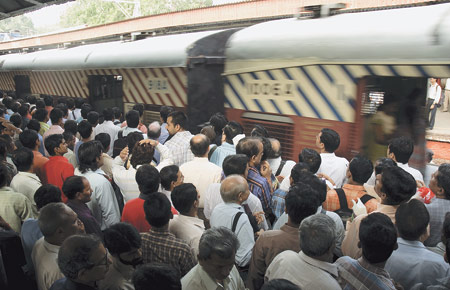 As expected, the railway budget 2009-10 has turned out to be populist. A slew of public-private partnerships (PPP) and the renewed commitment to unlock the railways land of more than 43,000 acres to bring in more revenue should warm the hearts of the business community. However, there is a failed past that one needs to be wary of.

By opening up a new opportunity for infrastructure companies, Railway Minister Mamata Banerjee has thrown up a challenge to revamp 50 railway stations to meet international standards. "It is an old project of developing existing stations into ‘model stations', while unfortunately railways has not been able to implement for the past 20 years," says M. Ravindra, former chairman of Railway Board.

One of the reasons for the failure, analysts say, was railway's inability to come out with a clear policy. The minister is keen to make "economically unviable but socially desirable" projects a reality. Unfortunately, this is easier said than done. "The measures are pro-poor, but railways' operating ratio has already gone up to 92.5 per cent from 83 per cent in the past two years, so success will depend on increased volumes," says M. Raghaviah, general-secretary of National Federation of Indian Railwaymen.

Banerjee is bullish on the prospects of increase in freight traffic by not raising the freight charges. She has targeted a freight traffic of 882 million tonnes for 2009-10 — 6 per cent more than 2008-09. It will depend on the volume that will in turn depend on the revival of the global economy. Meanwhile, investments in development of freight corridor in India will have to flow, if it has to meet the pressure from roadways, which has gradually been eating into its market share. Currently, the railways has 60 per cent market share, while roadways have crawled up to capture the rest 40 per cent from less than 10 per cent in 1980.

Even if there is an increase in freight and passenger volumes, the populist measures in the budget will burden the railways' finances. "The new trains and increased frequency of existing trains will also put pressure on the demand for more rolling stocks," says Ravindra. The provision of 18,000 wagons will not be sufficient. A budgetary support of Rs 1,949 crore has already been sought by the railways to implement 11 major projects, which were announced in the budget. "They would need more than that to complete all the projects announced," says Ravindra.

Further, there would be an additional burden of Rs 4,000 crore on railways' plan expenditure as the plans to set up a 1,000-MW coal-based power station and cold storage facilities are pursued. They would compete with the private players in a non-core area.

"The issue of Rs 5,000 crore bonds of Indian Railway Finance Corporation (IRFC) shows that the situation inside railways finances is not good," says Guru Malladi, partner (infrastructure and government services) at Ernst & Young.

Banerjee is betting on the PPP model to balance the populist schemes and the hard business decisions. However, the past would show that PPP models have hardly been successful in railways. "It is an area of concern, railways have not got it right," says Ravindra.

With 57 new trains and a package of populist schemes, the tracks have been laid for Mamata Banerjee to go "non stop" to the Writers' Building in 2011 assembly elections in West Bengal, but it could be a costly ticket that railways will bill for her.