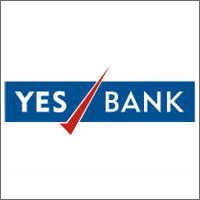 08 November, 2014
Print this article Font size -16+
Yes Bank became the first bank in the country to raise interest rates on loans and fixed deposits in the wake of moves by the Reserve Bank of India to bolster the ailing rupee.

Mumbai-based Yes Bank, India's fourth largest private sector lender by loans, announced on Wednesday that it will raise the base loan rate by 25 basis points and fixed deposit rates by 25 to 50 basis points, effective Thursday.

The central bank earlier this month took steps to squeeze rupee liquidity out of the banking system. However, the rupee has since fallen more than 2 per cent, indicating that measures to contain liquidity could stay in place longer than expected.

Shares of Indian banks slumped on Wednesday as investors remain worried that profitability will take a hit in a weakening economy. Shares of Yes Bank hit their lowest level since 30 July 2012, slumping more than 18 per cent before recovering to be off 10 per cent. Shares of Axis Bank were down 6.6 per cent. The NSE bank index is at a near one-year low.