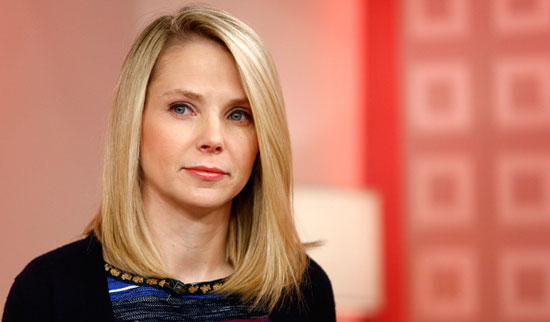 08 November, 2014
Print this article Font size -16+
An internal memo at Yahoo Inc introducing a ban on working from home has sparked a debate on whether remote working leads to greater productivity and job satisfaction or kills creativity and is just a chance to slack off.

Working remotely has become commonplace due to technology and has been welcomed particularly by people with young families or those facing long and expensive commutes.

Statistics from the US Bureau of Labor show nearly 25 per cent of full-time workers did some work at home in 2010.

A survey by the Confederation of British Industry (CBI) found 59 per cent of UK companies in 2011 offered some kind of teleworking, a jump from 13 per cent in 2006, with small companies leading the trend to help cut office costs.

But Yahoo Chief Executive Marissa Mayer has ruled that staff can no longer work from home from June this year, as outlined in the widely leaked internal memo which appeared on newspaper websites and online forums on Tuesday.

"Some of the best decisions and insights come from hallway and cafeteria discussion, meeting new people, and impromptu team meetings. Speed and quality are often sacrificed when we work from home," said the memo attributed to Yahoo human resources head Jacqueline Reses.

Asked about the memo, a Yahoo spokesman said the company does not comment on internal matters.

Mayer, 37, who returned to work two weeks after the birth of her first child last year, was brought to Yahoo from Google to revive the company's diminishing fortunes.

Her decision to clamp down on remote working met a wall of criticism from proponents of a flexible workplace to improve the work-life balance, boost motivation, and keep women at work.

"It's incredibly disappointing," said Jennifer Owens, spokeswoman for website Working Mother, adding most women were delighted when a pregnant Mayer took over the helm of Yahoo.

"Her plan ... is to lead her workforce back to the last century by banning work-from-home policies across the company."

Step Backwards
Richard Branson, head of Virgin Group, said the move by Yahoo! undermined the trust that staff would get their work done wherever, without supervision, as working is no longer 9-5.

"This seems a backwards step in an age when remote working is easier and more effective than ever," Branson wrote in a blog on the Virgin website.

"If you provide the right technology to keep in touch, maintain regular communication and get the right balance between remote and office working, people will be motivated to work responsibly, quickly and with high quality."

Britain's BT Group, one of the first UK companies to adopt teleworking, said about 69,000 of its 89,000 staff were equipped to work flexibly of which about 9,400 are home workers.

The company said this led to benefits like accommodation savings, increased productivity and reduced sick absence, adding 99 per cent of women returned to BT after maternity leave.

"Our flexible working policies can also achieve a better balance between work and family commitments, which can be especially important for those with young families or caring responsibilities," a BT spokesman said.

Flexible working was cited in a careerbuilder.com survey released last month as one of the most important factors in job satisfaction and staying with a company.

The Harris Interactive survey of 3,900 U.S. workers between November 1 and 30 last year found 59 per cent said flexible schedules were important and 33 per cent cited the ability to work from home over having an office or a company car.

Guy Bailey, CBI's head of employee relations, said flexibility can be a real win-win for companies and their staff, acting as a recruitment and retention tool for businesses and letting staff balance their working and home lives.

"However, it needs to work for both parties, so home-working arrangements will understandably vary from company to company," he told Reuters.

A 2011 survey of 1,500 workers in 15 European nations commissioned by Microsoft Corp found only 52 per cent of people trust colleagues to work productively away from the office.

This was reflected in comments by some former employees of Yahoo who backed Mayer, saying she was making the right call because many employees were abusing the system.

Several unnamed ex-employees told the website Business Insider that Yahoo's large remote workforce led to "people slacking off like crazy, not being available, and spending a lot of time on non-Yahoo projects."