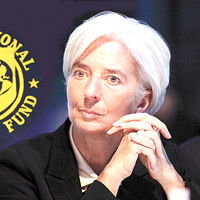 India Beckons
Spanish sportswear and fashion brand Kelme, in partnership with Global Overseas, has forayed into Indian territory with plans  to open 7- 10 stores this year. Kelme is owned by New Millennium Sports and is currently present in 45 countries worldwide.

Arresting Volatility
If you cannot change it, just ignore it. The government will issue inflation data of primary articles on a monthly basis instead of the current  weekly release. The cabinet committee on economic affairs approved the proposal last week, and the change will be notified shortly.

Employment Woes
India will sail through the economic crisis, says the International Labour Organisation in its 2012 report titled ‘Preventing A Deepening Jobs Crisis'. But creating more productive jobs will remain a challenge.

Highway To Connectivity
In a bid to give a major boost to the country's infrastructure, the ministry of road, transport and highways plans to increase the total private investment in highway construction to
Rs 3,23,000 crore in the 12th Plan.

Common Platform
Google plans to link user data across its email, video, social media services to create a "beautifully simple and intuitive" user experience from 1 March. Critics, however, raise privacy concerns, similar to what killed Google Buzz some time ago.

Runaway Carrier
Soon after AirAsia and Air AsiaX withdrew their flights from India, Thai AirAsia also announced it would follow suit. The airline  is going to withdraw  its flights between New Delhi and Bangkok owing to high operating costs —  airport and fuel charges.

Building On Growth
For the second month in a row, India's nearly 300-million tonne cement industry posted 14 per cent growth (year-on-year) in despatches. It sold 19.78 mt in December against 17.35 mt the year before.