World is changing and only for the better: Kajol extends Christmas greetings

World is changing and only for the better: Kajol extends Christmas greetings

New Delhi [India], December 24 (ANI): Actor Kajol on Thursday extended Christmas greetings with an adorable collage of her family pictures with a contemplative caption.
The Dilwale actor took to Instagram and shared four pictures, including one with husband Ajay Devgn, and an adorable throwback picture of her children Nysa and Yug Devgn. In the third picture, the 46-year-old star is seen posing with her sister Tanisha Mukerji and mother Tanuja. Whereas, the last one sees a family picture of the star. 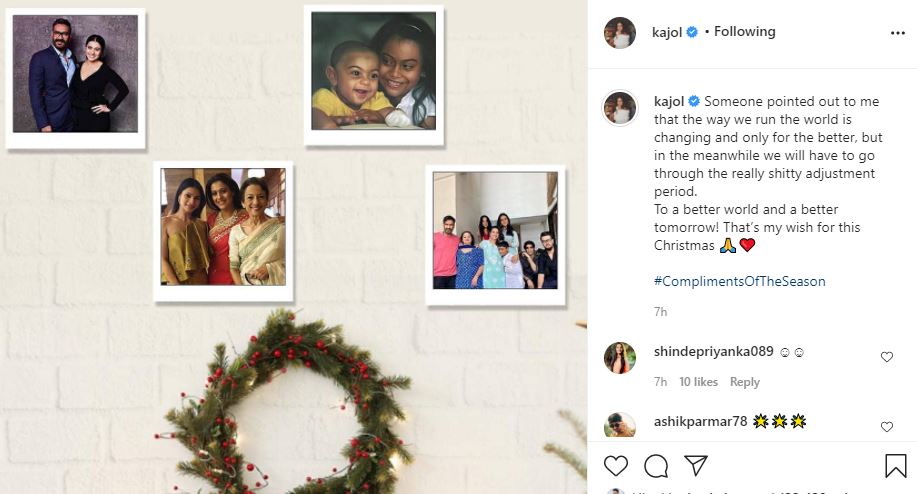 "Someone pointed out to me that the way we run the world is changing and only for the better, but in the meanwhile, we will have to go through the really shitty adjustment period. To a better world and a better tomorrow! That's my wish for this Christmas #ComplimentsOfTheSeason," Kajol wrote with folded hands and red heart emoticons.
On the work front, Kajol was last seen in Om Raut's directorial Tanjahi: The Unsung Warrior with her husband. The film also starred Saif Ali Khan. (ANI)