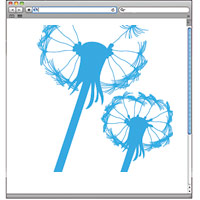 08 November, 2014
Print this article Font size -16+
If you want something, wish for it — socially! Social wishlists are becoming quite the thing. From shopping wishlists that you can share (wanelo.com), to bucket lists (bucketlist.org) comprising ambitious wishes, to Pinterest boards where you pin things that you covet, there are a host of sites where you can post your material dreams. But more meaning has got added to social wishlists with Wishberg, a Mumbai-based startup, founded by Kulin Shah and Pravin Jadhav, allowing users to share wishes and then set time frames to achieve them.You can post a wish and then create a timeline for the wish to be fulfilled; progress on the goal-achievement can be charted. Once you have achieved the wish, you can share your experience. Users with similar wishes can connect and egg each other on to realise their dreams.

Chances of an angel spotting your wishes and helping a couple of them get fulfilled are always there. Wishful thinking? Well, you never know. For marketers, Wishberg is interesting as it has features such as ‘trending wishes’, which showcases the most popular wishes on the platform.

There has been quite a bit of investor interest in the platform and it has, reportedly, raised $150,000 in seed funding from India Quotient. How exactly Wishberg monetises the offering remains to be seen.

But, that should not be a problem. After all, the platform can always connect marketers with scores of people making all kinds of wishes.

BRAND BUZZ
Poll Pulse
To satiate the appetite of political enthusiasts on social media, Facebook has introduced an Indian Election Tracker app. The app keeps a track of the politicians and political parties being talked about on Facebook. It gives real-time information on who is creating the maximum buzz. It also allows users to vote to prioritise key issues — education, corruption, jobs and healthcare — that need to addressed. The social network has also launched a live channel where politicians can voice their ideas to the people.

DIG THE DATE
Tweet Appeal
For tweet engagement you should try some value addition. According to Twitter, adding photos results in a 35 per cent boost in retweets. Adding videos gives a 28 per cent boost, while quotes can lead to a 19 per cent spike in retweets

Up And Down
Facebook’s referral traffic (visitors who come via direct links on other sites) share grew 48 per cent in Q4 of 2013. Pinterest was up 30 per cent. For Twitter, it fell 4 per cent

LEADER
Kaushik Basu
@kaushikcbasu
Senior VP, World Bank
No matter what happens to Bitcoin, it gives valuable tips to monetary authorities on where to innovate in order to have greater efficiency