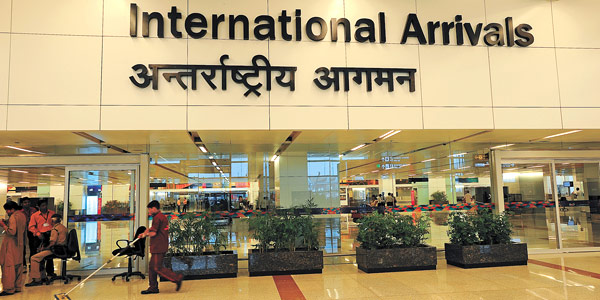 08 November, 2014
Print this article Font size -16+
Now that BJP has come to power and the new Modi Cabinet is going to be sworn in on Monday (26 May),  here's what should be priorities for the new aviation ministry.

Inter-Ministerial Group on Aviation (IMGA):  Establish an IMGA to facilitate faster decision making across government ministries like home, defense, finance, tourism, environment etc.  There are already talks of merging all transportation ministries and tourism into one over-arching Ministry of Transport for efficient coordination.

ATF Taxes:  Work closely with the top 6 States to reduce Sales Tax on ATF to 0 per cent or 4 per cent - the eastern states have already shown the path.

Maintenance Repair And Overhaul (MRO): Declare 10 year tax holiday on MRO.  Government of India earns nearly nothing from MRO – so the tax loss is notional.  The creation of jobs, saving of foreign exchange and increase in direct tax collections (from MROs and employees) would be several multiples of the notional loss.  This is the lowest hanging fruit for the new government.

No Frills Airports: Request AAI to develop a concept plan for a No Frills Airport (mini-terminal, local security, remote ATC etc). Concept plan to be then approved and notified by DGCA – else it just remains just a grand idea on paper.

DGCA: Undertake a complete overhaul of DGCA – policies, procedures, technical knowledge, staffing etc.  Industry perceives DGCA to be opaque, domineering, manipulative and unaccountable for its decisions. India’s safety standards have to become world class.  The humiliating downgrade of India to a Category 2 country needs to be probed and heads need to roll.

Open Skies Policy: Conduct a national debate on the need for ‘Open skies policy’ (OSP) for India.  We have OSP with USA since 2005 and a global OSP in air cargo – both have helped india.  Privatize Air India.  Abolish the discriminatory 5/20 Rule.  Selective protectionism and treating aviation as a ‘holy cow’ have hurt India.

Airport Tariffs: Establish a hybrid till system of tariff fixation at airports with an upper limit on the aeronautical charges per passenger.  Anything above that should be carried forward to future years.  AERA to regulate as per tariff policy laid down by MoCA. Policy making is MoCA’s domain, not AERA’s.

Air Navigation Services (ANS):  Establish an independent, world-class ANS Corporation that earns at least 20% of its revenue from export of training and consulting service.  Speed up Flexible Use of Airspace (FUA) to cut down wastage of ATF in non-linear flight paths.

Other reforms:  Establish a task force to fast-track long-pending reforms in air-cargo, general aviation, ground handling and aviation education.  Helicopters and small aircrafts have a very important role to play in a vast and diverse country like India (tourism, homeland security, etc).  Establish the National Aviation University (NAU) quickly and help upgrade the AME training centers across the country.