Wishes pour in from cricket fraternity as Sunil Gavaskar turns 71

Wishes pour in from cricket fraternity as Sunil Gavaskar turns 71

New Delhi [India], July 10 (ANI): Cricket fraternity on Friday flooded the social-media with wishes for former India batsman Sunil Gavaskar on his 71st birthday.
Taking to Twitter, former batsman VVS Laxman wrote, "Many more happy returns of the day to the legendary Sunil Gavaskar. Thank you for inspiring me over the years and it has been an absolute pleasure spending time with you in the commentary box in the last few years. Wish you a great year ahead." 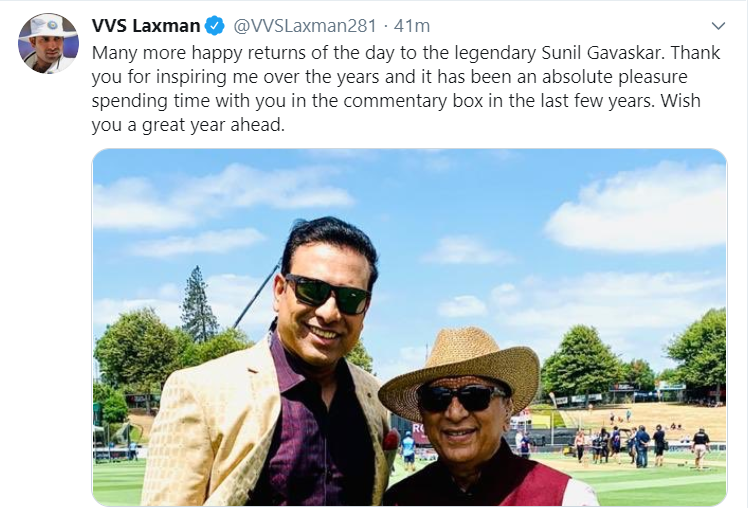 Gavaskar, better known as 'Sunny' and 'Little Master' was the member of the 1983 World Cup winning team.
The vice-captain of the Indian Test side also greeted the veteran saying, "Wishing a very happy birthday to Sunil Gavaskar Sir. Wish him loads of happiness!"

India all-rounder Suresh Raina greeted health and prosperity to Gavaskar.
"Happy Birthday to the Legend! Master of Indian Cricket. From being the first person to score centuries and achieving many milestones. You will always be loved by all the Cricket fans. Wish you great health and prosperity," he tweeted. 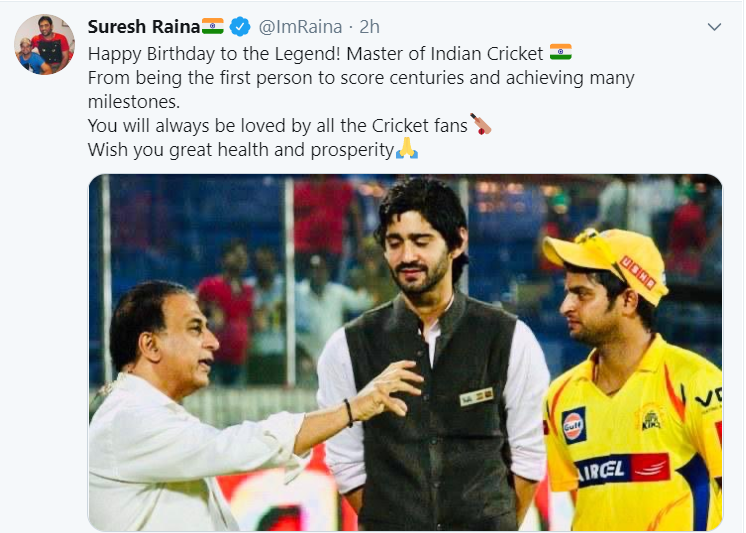 Gavaskar played 125 Test matches for India and amassed 10,122 runs including his highest score of 236. In 108 ODIs he played for India, he scored 3092 runs. Gavaskar was the first batsman to score 10,000 Test runs. He was also the first batsman to score centuries in both innings of a Test thrice.
He held the record for the most number of Test tons until 2005 and also became the first India fielder to claim 100 Test catches.
Former India batsman Mohammad Kaif also wished the legendary batsman and shared the video on Twitter in which both can be seen enjoying in water.
"Happy birthday, Sunny bhai. Grew up listening about his legendary tales of batting without a helmet. Now fortunate enough to know him & hear those stories from the man himself," Kaif wrote. 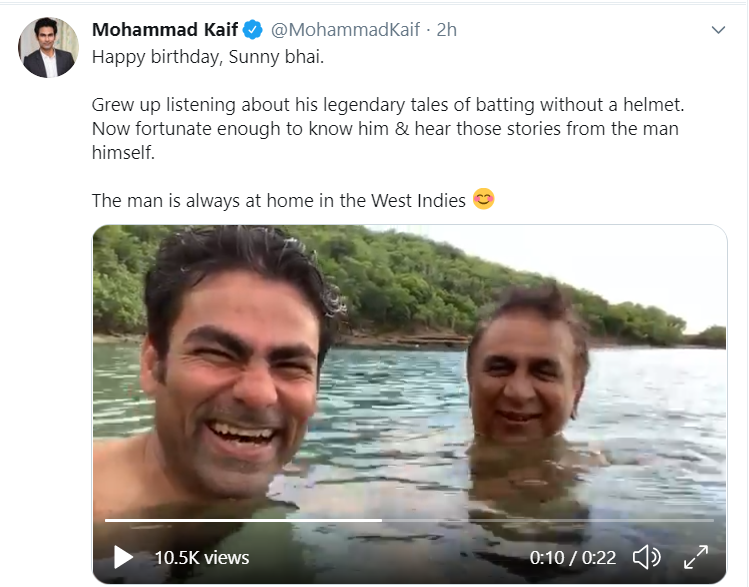 Apart from cricketers, Gavaskar also received wishes from the International Cricket Council (ICC) and Board of Control for Cricket in India (BCCI). (ANI)