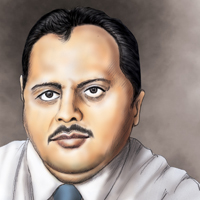 08 November, 2014
Print this article Font size -16+
From an image perspective, last year has been disastrous for Abhijit Rajan, chairman and managing director of Gammon India. First, a series of mishaps at Delhi Metro construction sites tarnished its image. Then, after an accident that caused the death of six labourers, the company was banned from construction for two years. To top it all, an under-construction bridge — by Gammon and South Korea's Hyundai Engineering — on the Chambal river in Rajasthan collapsed last December, killing nine people.

The only consolation was the company's good financial and stockmarket performance. Gammon's net sales in FY2009-10 increased 23 per cent from the previous year to Rs 4,468.11 crore; over the past three years, net sales CAGR (compounded annual growth rate) has been an impressive 28.8 per cent. Profit after tax, too, has grown from Rs 139 crore in 2008-09 to Rs 144.8 crore last fiscal. Even Dalal Street  gave its thumbs up to the company, with its share price surging four times from Rs 58 in March 2009 to Rs 236.25 in March 2010. This is due to the company's strong hold on the total order book position, which is currently at Rs 14,500 crore. Gammon's performance, and Rajan's low compensation of Rs 1.33 crore, has earned him the title of India's most ‘value'able CEO in the large companies category.

The hard blows have made the company change its strategies. "Gammon is proactively focusing on risk management, talent retention and implementing systems," says an analyst from a domestic brokerage on condition of anonymity. "For the first time it is incorporating executive leadership programme for managers from the perspective of retaining talent."

It has also embarked on an employee stock option programme. Rajan has also appointed people at the senior level. For instance, Rohit Modi, a former IAS officer, has come in as deputy managing director. It is believed that Modi's primary responsibility is to execute and complete unfinished projects such as the Delhi Metro, while Rajan would focus on bidding for large projects. Girish Bhat, ex-CFO of Cadbury, has also come on board as CFO and Sukumaran P.P.

(previously with GMR Infra and the Murugappa group) has joined as the HR head. "The company was paying huge taxes on its project," says the analyst. "With the recruitment of Bhat, Rajan is trying to strengthen its financial structure."

The markets, too, could continue to shine on Gammon. "There is still value in the stock," says the analyst, adding that the interest in the stock is on the expectation that going ahead the company will unlock value by offloading stakes in its subsidiary Gammon Infrastructure and on the turnaround of its Italian subsidiaries Sofinter and Franco Tosi. Rajan has also ventured into the power manufacturing segment and has bagged a Rs 310-crore order to supply boilers and turbines for Nagai Power Plant. The next five years augur well for the sector, for Rajan to take advantage of.