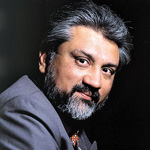 We Indians are very good at doing cynicism. We love to complain, contrive conspiracies and diminish other down, but most of all, we love to believe that everybody stinks, all on the assumption that there are things about India that could not possibly change. Yet, here we are in 2009, experiencing radical changes in the most conservative of all liberal institutions: the judiciary.

First, there is this question of judicial accountability of which I had something to say way back in 2007 when the Justice Sabharwal controversy was at its height (See: Contemptuous Quotes). The process culminated in a rising demand that judges disclose their assets. Even while the current Chief Justice opposed this demand, a crescendo of protest was heard from the higher judiciary who had no difficulty with making such disclosures. In the last few weeks, a momentum so irresistible has developed that whatever may happen, judges will disclose their assets. There remained though the question whether the general public would know what these assets were. Many judges were ambivalent on this subject but in his inimitable fashion, Delhi's Chief Justice has also ruled last week ruled that courts are covered under the Right to Information Act. The jinn is now terminally out of the bag in a fashion greater than many of us comprehend.

Second, there is the problem of judicial accountability because securing honesty amidst judges doesn't secure that they are efficient. This too is changing. Court records are being computerized at high speed down to those of the trial courts. I think it is a matter of time that we will be filing cases on-line and it is not beyond the realm of possibility that in the foreseeable future, we will do away with hard copies completely. In doing so, between accountability and best practice, the judiciary would have leapfrogged into another paradigm.

That brings us to the problem of modernising Indian lawyers, which is far more complex. Lawyers have thus far been positioned as deliverers of an overarching justice hammering away at evil within the hallowed portals of the judicial system. It has not mattered that the system worked slowly if at all, the misdeeds of judges was beyond redress and the lawyers themselves were laws into themselves. The third change upon us now is that lawyers are starting to be seen as service providers. Notwithstanding the challenge that will inevitably come, we will eventually pay service tax and that will terminally change the perception we have perpetuated of ourselves.

At the same time, and this is the fourth change, the ways in which we are permitted to organise ourselves has changed. Limited Liability Partnerships are now street legal, a form of business organization that is meaningless unless we recognise that we can incur liability, an idea that is itself meaningless unless we acknowledge that we render a service and therefore are capable of deficient service. No doubt, our reorganization into LLPs will also help bring in cross border service competition, a force of change that at the very least will free us of the halo that seems to hover hypocritically behind our swollen heads!

Finally, there is the question of permitting lawyers to advertise. Rule 36 of the Bar Counsel of India has already been amended: now, lawyers can put up websites disclosing their names, their names, telephone numbers, e-mail addresses, professional qualification and areas of specialization. I can't imagine there is a lot else a lawyer would want to crow about! Since this is a work in progress, a little critique of the issue may well be in order.

Let's examine Rule 36: An advocate shall not solicit work or advertise…whether by circulars, advertisements, touts, personal communications, interviews not warranted by personal relations, furnishing or inspiring newspaper comments or producing his photographs to be published in connection with cases in which he has been engaged or concerned. His sign-board or name-plate should be of a reasonable size… As the situation stands today, these rules are observed only in the breach.

Let me illustrate. Lots of lawyers are sending out e-mail circulars and newsletters describing recent legal developments, new case law, insider views of cases they have done, reviews and comment on legal developments, et al. Most every law firm I know who has achieved any success at all will cold call potential clients using their network to get an interview and what is more significant, lawyers don't begin to get taken seriously till they are interviewed on TV or appear in the print media. I struggle to speculate what a reasonable nameplate would look like but thousands of lawyers have a 800 x 600 dpi nameplate on the internet which reaches all of mankind! How do you measure large: in inches or in reach? Lawyers are taking out paid classified advertisements in yellow pages and lawyers are taking out $ 3000 listings in "lawyers directories" overseas. Lawyers are paying dozens of journals in India and abroad (including a leading Indian national daily) to print articles under their names. We have a fait accompli here, so what if we called a spade a spade, all we would do is disclose what everybody knows.

Still there is some resistance to permitting lawyers to advertise. It is true that advertising will always favor those with deep pockets but life is always unfair. It is axiomatic that my sweeper's son doesn't have the same opportunities as the Prime Minister's son. Sure, advertising can mislead but then cars can kill: both mandate a case for regulation, not banning.

At the end of the day, to ban print media advertising while approving electronic advertising is a bit like Alaskan law on hunting bears; you can't trap them, but you sure can shoot them! The reality of the matter is that once you allow a lawyer to put up a website, you allow him to advertise to the widest audience that exists in the world at the lowest per eyeball cost it's possible to incur to do so. With websites here, can print media ads be far behind? I think not. Welcome to the future.

The author is managing partner of the Gurgaon-based reconstituted corporate law firm N South, Advocates and author of the pioneering business book, Winning Legal Wars.
He can be contacted at [email protected]