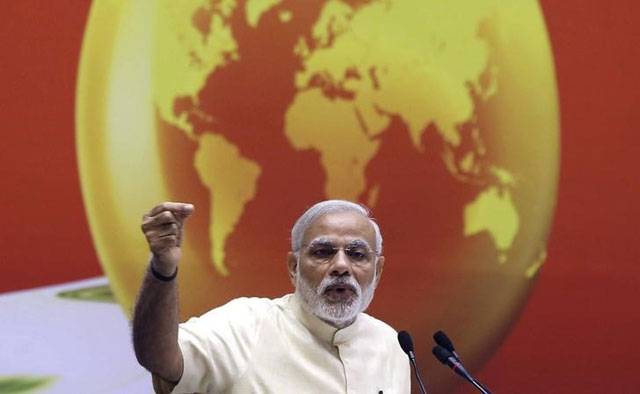 19 July, 2015
Print this article Font size -16+
Be it the on-going debate on land acquisition, or the formation of National Institution for Transforming India (NITI) Aayog, there is no trace of “co-operation” among states, points out Joe C Mathew


The Constitution of India does not mention the term ‘federal’. Though, it contains dozens of provisions that encourage and mandate federalism in the country.
The Constitution provides the central and state governments clearly demarcated jurisdictions and powers. There is a Union list, a Concurrent list, and a State list that prescribe the power of the centre, the areas where both central and state nod are required, and finally, the areas that are in the exclusive domain of the state.
If defence and international affairs are the responsibilities of the central government, law, trade, economic and social planning etc. come under the concurrent list. Land, water and agriculture - the most discussed topics of the day, are state subjects. In other words, whatever legislation the central government frames, it becomes operational only after the states ratify it by legislating corresponding state laws.
You may argue that the central government has powers to override the State, but even at its worst, it remains quasi-federal, and does not go out of the broader spirit of federalism, which the Constitution provides.
Seen from this context, there is nothing path breaking about the central government’s plan to ask states to legislate its own land acquisition laws. It is very much within the federal spirit, which the Constitution has always stood for. As we know, the central government does not have sufficient numbers in the Parliament to pass The Right to Fair Compensation and Transparency in Land Acquisition, Rehabilitation and Resettlement (Second Amendment) Bill, 2015. It has been in force through Ordinances for some time, and cannot be prolonged for ever. The only practical option, it seems, is to advise the states to go ahead and enact laws that are modeled on the centre’s proposal. To call it federalism is ok, to call it pragmatism would have been ideal, but to project it as a great piece of ‘cooperative federalism’, the new mantra of the government, is stretching it too far.
Be it the on-going debate on land acquisition, or the formation of National Institution for Transforming India (NITI) Aayog, there is no trace of “co-operation” among states. It is more of co-operation among same political parties, and competition between political rivals. The central government could have easily passed the land acquisition bill if there was co-operation cutting across political parties, among the members of the Parliament.  Similarly, NITI Aayog meeting would not have witnessed the boycott of all chief ministers from Congress-led government if “cooperative federalism” prevailed.
In fact, Modi government’s publicly stated approach, at least when it comes to attracting investments, is to focus more on competition, than on co-operation. Its plan to rank the States on the basis of “ease of doing business”, and its effort to encourage states to woo investors to their respective geographies are all meant to promote competition among states. The idea is not to say that competition is wrong, but to hint that it is competition, and not cooperation, that is the flavour of the season.
If curtains fall on the land acquisition drama with states competing to enact legislations without a model central law, it will be competitive federalism at its best.
Tags assigned to this article:
wide angle prime minister narendra modi. federalism joe c mathew