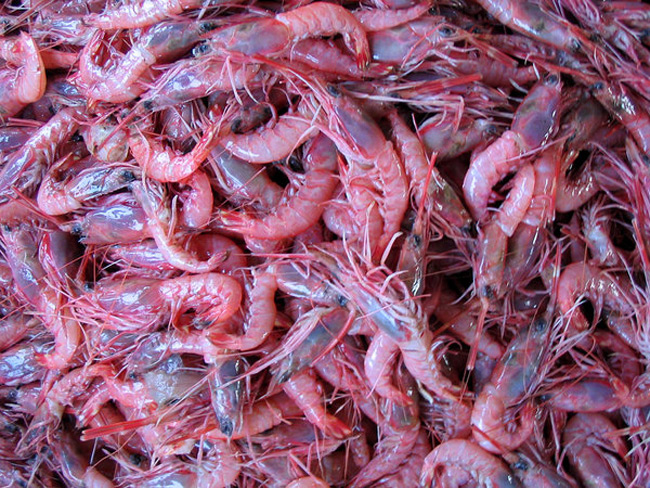 10 July, 2015
Print this article Font size -16+
As the global economy slows and we can’t sell more at high value, it makes more sense to sell high volumes at less value like China - in this case sell more shrimps if the market for king prawns is down

Of late, Indian shrimp exporters are finding increased demand for small size prawns in traditional markets such as Japan and European countries at the cost of their most prized king prawns. The customer preference is dictated by the price difference between the two.
Sluggish economic growth and depreciation of the value of their currencies are making people price conscious in most of India’s key export destinations.
Whether it is shrimp in Japan, medicines in Russia or handicrafts in Europe, the order book is only to satisfy the bare minimum requirement across sectors. The result is slow growth, or decline in growth of exports as is being witnessed today.
The world is possibly looking at yet another global economic slowdown, and Raghuram Rajan, governor, Reserve Bank of India, has been cautioning us on this for some time now.  What should be our response to survive and grow in such difficult times? Does the change in preferences, to go for low cost or less priced versions or models, in the developed world, give us some hints?
In a way, India’s frugal engineering, is helping many global companies to design, develop and make in India the most competitively priced products for the world. The focus of Modi government’s Make In India campaign should be to get more such global players into India. But that is a long-to-medium term plan.
Is there any short term strategy?
The Foreign Trade Policy (FTP) 2015-20 announced in April has a small paragraph devoted to facilitate retail e-commerce exports. As a platform for retail exports, e-commerce channels are too insignificant at the moment in India. But insignificant numbers, or lack of numbers, need not always be looked down upon. It could hold immense promises. For instance, if a Moradabad brass handicraft exporter sells his product at a fraction of its retail price in a European market by cutting down trade margins and reaching out directly, online, to the consumer, she will be generating demand, and not sitting on a demand slump. Global online marketplaces such as e-Bay believe so. From a supplier base of 25,000 e-Bay is looking to have 100,000 Indian merchants using their platform for retail exports to international markets in a year. Does it signal sluggish sentiment?
Well, what FTP 2015-20 has done is to acknowledge the growing role of e-commerce in exports by extending sops that were exclusive privileges to conventional exporters until now. Thus, exports of goods through courier or foreign post office using e-commerce, of freight on board (FOB) value up to Rs 25,000 per consignment, shall now be entitled for rewards under the Merchandise Exports from India Scheme (MEIS). This support is to offset infrastructural inefficiencies and associated costs involved  in export of     goods, which  are made in  India,  especially those  having high export  intensity,  employment  potential  and  thereby enhancing India’s export competitiveness. Detailed operational guidelines on this policy decision are yet to come, but it is generally perceived as a move in the right direction.
If we can’t sell more at high value, let us try to compensate that with high volumes at less value. China has conquered the world with this strategy, and we may not be able to replicate this in every sector. Though, there is no shortcut to learning how to adapt to the changing customer needs. The faster we do that, the quicker will be the turnaround in our export fortunes.