Why UPA's Parting Nod To FDI In Gland Pharma Was Appropriate 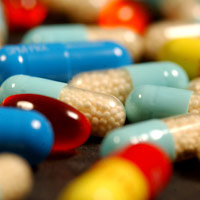 08 November, 2014
Print this article Font size -16+
There are many people, including some within the UPA government, who believe that the Union Cabinet should not have given clearance to an overseas private equity firm KKR to pick up substantial stake in Hyderabad- based Gland Pharma and its associated investment company days before demitting office.

The argument seems to be based on the fear that foreign direct investment (FDI) in existing Indian pharmaceutical companies could be a tricky issue, and hence safer to avoid anything controversial during the final days of the government.

Gland Pharma is engaged in a niche area of production and marketing of specialised injectable formulations for generic versions of drugs, covering specific therapeutic categories like orthopaedic, cardio/cardio vascular, analgesics and anti-infectives. In addition, it manufactures a limited quantity of active pharmaceutical ingredients (APIs), for in-house consumption.

Given the apprehensions in some quarters that FDI in brown field pharmaceutical sector could result in the handing over of critical domestic drug manufacturing capabilities to foreign companies whose interests may
not always be in tune with India’s national interest, there could be some merit in such arguments – thought
it is certainly not a reason to for the cabinet to deny an approval.

The fact is that, US-based KKR’s proposal to acquire 37.9 per cent stake in Gland Pharma for $191 million (Rs 1,150 crore), and 24.9 per cent stake through an investment of $39.8 million (Rs 240 crore) in Gland Celsus Bio Chemicals, could have happened anyways. If it was not the last decision of UPA government, it would have been the first decision of the incumbent government. There was nothing which legally prevented the approval. The decision was the logical end to a lengthy bureaucratic process and followed all the existing laws, and hence no propriety.

The Competition Commission of India (CCI) had approved it, so did the Foreign Investment Promotion Board (FIPB). For the promoters of this privately held company, fund infusion was a necessity to expand its manufacturing capacitiies, its drug development capabilities and take the company to its next level of growth. The company already had foreign equity investors as partners and KKR had bought some of its stake from such non-promoter investors.

Whether the takeover of existing pharmaceutical manufacturing facilities by overseas entities is good, or not, is a debate that has been going on for a long time now. The government had, in the interim, brought in some restrictions also. However, in January this year, the Department of Industrial Policy and Promotion (DIPP) clarified once again that 100 per cent foreign investment in brown field pharmaceutical sector will be allowed, though it will have to be cleared by the FIPB. It also allows the government to put in conditions for such investments on a case to case basis.

Until the new government reviews this position, one cannot find blame with the UPA Cabinet for approving the
proposal.