Why Michael Corbat Can't Push Out All Pandit Loyalists 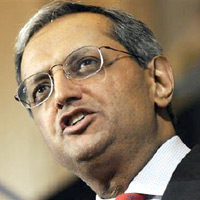 08 November, 2014
Print this article Font size -16+
When Vikram Pandit was abruptly ousted as Citigroup Inc's chief executive late last year, senior bank employees speculated for weeks about who would follow him out the door.

Chief Operating Officer John Havens had already left with Pandit, and the employees bet the new CEO, Michael Corbat, would push out other Pandit loyalists. High on their list was Don Callahan, who headed operations and technology.

But when Corbat named his new team in January, he kept Callahan, albeit in a reduced role. People familiar with the matter said Callahan survived because he oversees an effort critical to both Corbat and bank regulators - simplifying and standardising thousands of Citigroup's information technology systems. The process, which ramped up in the aftermath of the financial crisis, will take at least two more years to complete, they said.

Corbat's choice highlights how some 15 years after Sanford "Sandy" Weill merged Travelers Group and Citicorp to create Citigroup, the bank is still trying to integrate all its operations. For example, it still uses different account opening procedures and systems in different countries.

If Callahan gets it right, Citigroup will better track risks and satisfy U.S. regulators who have been pressing it to improve its systems for more than 10 years, and will more efficiently sell products to retail, corporate, and institutional customers. It will help bring down costs and raise revenue, potentially adding $750 million to annual profits starting in 2015 from improvements in consumer banking alone.

The bank spends around $18 billion a year - or about a third of its operating expenses - on operations and technology, including facilities, systems and hardware, making it a major area of concern for the board as well, two sources said. The board is considering hiring a new director with technology expertise to help monitor and assess management's efforts, they said.

Citigroup spokeswoman Shannon Bell said that the bank is simpler than it was before the financial crisis, having sold more than 60 businesses and $800 billion of assets that were not central to its strategy.

"We have worked diligently to integrate and modernize or replace legacy systems while investing in their safety and soundness," Bell said. "The continued integration and consolidation of our technology platforms will improve productivity and client service across the company, improving results for all stakeholders."

Weill, who retired as Citigroup CEO in 2003 and as chairman in 2006, told Reuters he was tireless in integrating companies he acquired.

Over about a dozen years, Weill built Citigroup into the largest U.S. bank, starting with a small consumer lending company in Baltimore and using it as a platform for a series of mergers and acquisitions with companies, including Primerica and Travelers.

"I don't want to sound cocky, but I think I managed it (Citigroup) very well," he said.

To Citigroup's critics however, its lingering technology problems are a sign of how the bank is too unwieldy for anyone to run.

"These institutions are too big and complex to manage effectively," said Gary Stern, former president of the Federal Reserve Bank of Minneapolis and co-author of "Too Big to Fail: The Hazards of Bank Bailouts," a 2004 book policymakers often cited during the financial crisis.

"It is a daunting challenge to effectively integrate systems," Stern added.