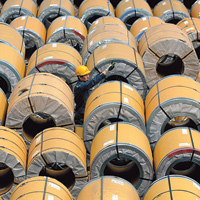 Protests asking for anti-dumping duty against cheap imports ruining the business are commonplace. But a protest against imposition of anti-dumping duty? That's what Gujarat has sought. In a letter written to the commerce ministry — where an inquiry on the duty is being heard — the principal secretary of the state government, S. Jagadeesan, has sought to reconsider the anti-dumping duty on stainless steel because it is ruining the growth of the oil and gas, petrochemical, fertilisers and other sectors using high-grade stainless steel. The duties vary from $12.74 to $2,011 per tonne depending on the type of steel, the country of manufacture, etc.

Gujarat is not alone. Officials at the industries department of Maharashtra have told BW that they are getting regular requests from stainless steel utensil manufacturers seeking intervention. "We are assessing the situation. If needed, we will take up the issue with the ministry of steel in the near future," says an official.

However, the chief of Indian Stainless Steel Development Association, N.C. Mathur, believes that fears of these two states are misplaced.

Gujarat is the hub of petrochemicals and oil and gas sectors. These industries use stainless steel to make turbines, boilers and other containers. Industry players believe imports are essential because the quality of domestic stainless steel is not good enough to withstand routine wear and tear.

In his letter, Jagadeesan said the government should limit the scope of inquiries to the size of 1,250 mm of various varieties of cold-rolled stainless steel, from the present 2,000 mm. What makes the letter interesting is that the European Union had taken a similar line in its protest against the anti-dumping duty, which the commerce ministry refused to entertain.

The duty was levied after a compliant from Congress leader Savitri Devi Jindal's group, Jindal Stainless, which claimed that importers are using unfair pricing to disturb the domestic market. However, critics say, Jindals are throwing their political weight to kill competition in the market. "They neither manufacture equally good quality steel, nor do they have the variety," says an industrialist from Gujarat.

"I have not asked for any favour, but have put across the point of view of the state government that if the scope is reduced, then these businesses would be out of undue trouble," says Jagadeesan. The additional secretary-cum-director-general anti-dumping, R. Gopalan, is conducting the inquiries. It was on his recommendations on 22 April that the ministry of finance levied the tax.

Some of the major companies affected by the anti-dumping duty are Luxembourg-based ArcelorMittal, Finland's Outokumpu, German company ThyssenKrupp Nirosta and China's Shanxi Taigang.