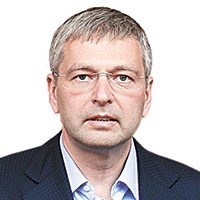 08 November, 2014
Print this article Font size -16+
In what is said to be the costliest divorce settlement in history, Russian billionaire Dmitry Rybolovlev has been ordered by a Swiss court to pay around $4.5 billion to ex-wife Elena, 47. The judgment also granted her property worth $146 million — one property in Gstaad, Switzerland, and two other pieces of real estate in an ultra-wealthy area of Geneva. Owner of French football team AS Monaco, Rybolovlev, 47, has been fighting over divorce terms with Elena since 2008.

Bad Run
Close on the heels of the  drubbing that the Aam Aadmi Party (AAP) received in the recent elections, its chief Arvind Kejriwal was remanded to judicial custody in the Nitin Gadkari defamation case. The former Delhi chief minister was sent to Tihar jail by a Delhi court for refusing to furnish a bail bond of Rs 10,000 in connection with the complaint by the Bharatiya Janata Party (BJP)leader for including his name in AAP’s  list of  ‘India’s most corrupt’.

From One Jail To Another
Egypt’s former President Hosni Mubarak has been sentenced to a three-year prison term after he was found guilty of embezzling public funds. His sons, Gamal and Alaa, were each sentenced to four years for their role in the scam. The trio was also fined $3 million and ordered to repay the $17.6 million that they were accused of stealing. This is in addition to $17 million they have already repaid. Currently confined to a military hospital, Mubarak is also on trial for abuse of power and conspiring in the massacre of protesters during the 2011 uprising that forced him to step down.

What A Comeback!
Before it was decimated at the polls, the Congress-led UPA government slapped a
Rs 5,500-crore show-cause notice for alleged over-valuation of capital equipment imports on Gujarat-based Gautam Adani’s Adani Group. The notice was issued against three of the group’s companies. Seemingly unperturbed, Adani went ahead and announced the acquisition of the strategic Dhamra port on the east coast of India for  Rs 5,500 crore; in fact, his announcement coincided with the Narendra Modi-led BJP winning the elections.

Mines to Ministry
Coal India (CIL) chairman S. Narsing Rao has decided to quit to assume the position of principal secretary in the Telangana chief minister’s office from 2 June. An IAS officer of the 1986 batch, Rao is said to have been handpicked by Telangana Rashtra Samithi supremo K. Chandrasekhara Rao, who is set to become the first CM of India’s 29th state. Rao’s mid-term resignation will, however, leave the coal monopoly headless.

The Passing
Russi Mody, former chairman and managing director of Tata Steel, died at the age of 96 on 16 May. He led the steelmaker for nine years before he was ousted by erstwhile Tata Group chairman Ratan N. Tata following a bitter spat over control. Ace hotelier, C.P. Krishnan Nair, or simply Captain, founder chairman of The Leela Group of hotels, passed away a day after Mody.

Next in Command
Anandiben Patel has been sworn in as the chief minister of Gujarat following PM-designate Narendra Modi’s resignation from the post he held for 12 years. The 73-year-old revenue minister of the state and a close aide of Modi has become the first woman from the state to hold the position. Elected unanimously as the leader of the Gujarat BJP Legislature Party, she will need more than  just Modi’s blessings to do justice to a job her predecessor  performed so well.

Global Appeal
Superstar Shah Rukh Khan is the second richest actor in the world, straddling both Hollywood and Bollywood, says a Wealth-X report. Khan has beaten the likes of Tom Cruise, Johnny Depp, Tom Hanks and Clint Eastwood with a fortune of $600 million.  Entertainer Jerry Seinfeld took the top spot with an estimated net worth of $820 million.