Who's Up For Granting Visa-On-Arrivals To Indian Tourist? 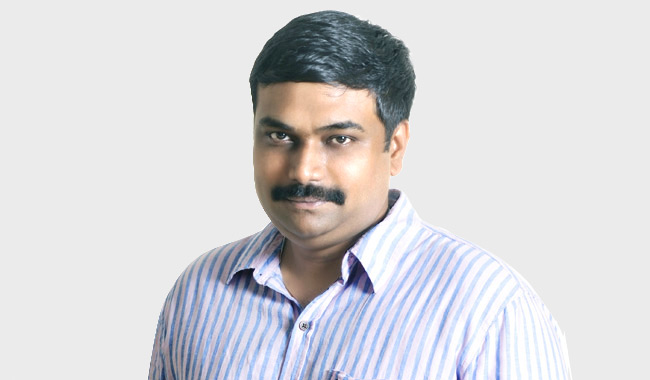 10 June, 2015
Print this article Font size -16+
Have you heard of Djibouti, Comoros, Nauru, Palau, Niue, or Tuvalu? I bet most Indians will struggle. But anyone with an exceptionally high awareness of geography, current affairs or general knowledge would say these are the names of some of the scenic tourist destinations spread around the globe. Tiny Island countries frequented by those with a sense of adventure. But there is one common element that strings these names together. These are among the 50 odd countries which offer Visa-On-Arrival (VoA) to Indians, among most nations. Getting there is altogether a very different matter though. It will be curious for the Indian government or the ministry of tourism to discover as to how many of us Indians go there in a decade, let alone in a calendar year.
I am bringing this matter to light because of couple of reasons. A few days back, the tourism ministry issued a press release which stated that during January to May of 2015, a total of 1.10 lakh tourist arrived on e-Tourist Visa (the re-christened name for Visa-On-Arrival) compared to mere 9,841 in the same period, a year ago. The growth, naturally, comes to 1024.4 per cent. Yes a little over one thousand per cent. But a closer scrutiny of the foreign tourist arrivals (FTAs) raises some pertinent question. Then another release was issued which showed that the gross FTAs during January to May 2015 stood at 33.32 lakh, clocking a growth of 3.6 per cent, as compared to the FTAs of 32.15 lakh in January-May 2014.
The Tourism ministry listed this high growth to the introduction of e-Tourist Visa for 76 countries as against coverage of earlier TVoA scheme for 12 countries. And among the top 10 source countries availing the e-Tourist Visa facility included USA (37.82 per cent), Germany and Australia (around 9 per cent), followed by Russian Federation, Republic of Korea, UAE, Mexico, Ukraine, Japan and Singapore. None of these countries have amended their respective tourism policies to extend the same courtesy to 15-16 million Indian tourist who go abroad for vacations. And of the gross FTAs of 33.32 lakh between January-May 2015, Bangladesh, USA, UK, Malaysia, Sri Lanka, Germany, China, Pakistan and Oman where among the source of these foreign tourist arriving in India. Again, not even Bangladesh or Sri Lanka extends the VoA to travelling Indians. This raises questions in our minds of the imbalance that exists in our tourism policy.
Except for Hong Kong, Macau, Thailand, Mauritius, Maldives, Seychelles, Nepal and Bhutan which extend the VoA to Indian tourists, none of the traditional tourist destinations across Europe, North America, Australia, New Zealand among others provide encouragement to Indian tourist to come and explore. So the limited choice for the Indians is to head to Djibouti, Comoros, Nauru or Tuvalu.
Isn’t it high time for our policy makers to ensure that some of the more frequented tourist destinations in mainland Europe, South-East Asia, North and South America extend the courtesy of welcoming Indian tourist with VoA?
Two years ago, a joint study by Singapore Tourism Board, the Boston Consulting Group and Visa showed that by 2020, Asian middle affluent consumers in China, India, and Indonesia will consist of 46 per cent of Asia Pacific's population taking 160 million outbound trips per year and spending US$300 billion on travel annually. According to the Singapore Tourism Board, Indian business travellers in Singapore spend more than their counterparts from other countries. An average business traveller from India spends S$2,200 a trip, while the average spend by business travellers from other countries is S$2,000. And, around 50 per cent of it goes towards accommodation and food, 25 per cent on shopping, and the rest on local travel and other things. If these statistics are to be factored in, along with the ever increasing outbound Indian tourists, at least some more countries should ease their tourism policy to include Indians in the list of countries to which they extend the VoA courtesy.

A small beginning has been made though thanks to the efforts of Prime Minister Narendra Modi who managed to convince China to open a more convenient road-route to Kailash Mansarovar. The first batch of 250 pilgrims will enter China from Sikkim on June 18 on their seven-day road trip to Mansarovar, a journey which otherwise took almost a month of trekking through Uttarakhand. But this is not for the general tourist. Till things improve, the more adventurous Indians can start by planning a trip to Djibouti, Comoros, Nauru, Palau, Niue, or Tuvalu because they are open to Indians all through the year.
[email protected]
Tags assigned to this article:
opinion 5 developing countries ashish sinha rear window visa-on-arrivals