Who Will Foot The Rising Oil Bill? 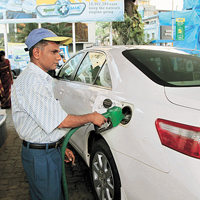 "We are sure that this time, too, they (government) would come to our rescue," says S.K. Joshi, director, finance at BPCL.

The markets have reacted accordingly. Stocks of OMCs such as BPCL, HPCL and IOC have fallen about 6-7 per cent in the past month. Moreover, the rollback of petrol de-control policy announced in 2010 is not ruled out either. "There is no plan to regulate petrol prices now, but if prices go up astronomically then the government may intervene," says Sudhir Bhargava, additional secretary, petroleum ministry. Analyst say stocks of OMCs will continue to slide until there is some clear signal from the government on the loss-sharing front.
(This story was published in Businessworld Issue Dated 21-03-2011)