Who Slipped How Much 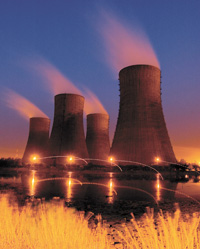 Some documents of the Ministry of Power give an interesting break-up of the slippages among the power companies in various "sectors" — the central PSUs, the state PSUs and the private sector. Predictably, the state PSUs have fared the worst with a slippage of 56.7 per cent. They could only add 2,759 MW capacity, in comparison to targeted 6,368 MW. The private sector, too, does not have a stellar record — it managed to add 5,151 MW against a target of 6,877 MW, a slippage of 25 per cent.

Even the existing power capacity is not being utilised optimally. Central power generators Damodar Valley Corporation (1,500 MW) and Nuclear Power Corporation (1,000 MW) showed the maximum slippage. The state power generators fell short by 4,130 MW. The shortfall for -private players was 3,305 MW — JSW and Lanco were highest at 1,275 MW and 1,270 MW, respectively.

The reasons for this shortfall, the documents shows, are not all unavoidable. At least 6,638 MW of shortfall was due to factors "within control of the project authorities". Shortage of coal, external environments and poor connectivity to the grid fall in the category of causes "beyond control of project authorities" that account for 2,100 MW.

Another interesting data in the ministry documents is the shortfall in the supply of plant equipment. BHEL, the national power equipment supplier, shows a slippage of close to 50 per cent, about three times that of the Chinese companies.

All in all, these numbers show a not-so-bright power scenario in the country. Especially given the demand for power is expected to increase to 950,000 MW by 2030.