What’s Behind The Big Rush? 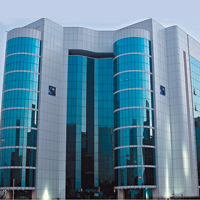 Satish Ashar, an ordinary investor, is known as ‘NFO' among friends for his yearning for new fund offerings from mutual funds. Ashar believes that NFOs are the best way to invest as he rarely returns to invest more in the same fund, contrary to prudent investment rules. However, with as many as 23 new players getting ready to enter the industry with a wave of schemes, even Ashar is not sure if he would be keen to subscribe to these NFOs. "I have enough vanilla schemes on my portfolio," he says.

As of 31 July, the Securities and Exchange Board of India (Sebi) had 11 applications for mutual fund registrations and 12 for initial approvals under consideration. As of now, most applications, made during the previous bull run, are stuck with a remark "yet to revert with information". Interestingly, the oldest applicant, Matrix Financial Services, has not reverted for over two years for the registration process. While many blame Sebi for the delay, experts say that is not entirely the case. "Blame it on the recession, which changed perspective of many players," says Krishnamurthy Vijayan, executive chairman of JP Morgan Asset Management.

With the current upswing in stockmarket fortunes, many are rushing to Sebi's altar with the required documentation. The icing on the cake seems to be a sterling performance by equity and debt funds in the first quarter of 2009-10, a falling interest in bank deposits and booming liquidity in the market.

The success of NFOs such as Reliance Infrastructure Fund, which mobilised over Rs 2,000 crore, is also acting as an inspiration. However, what they fail to note is the changed industry dynamic — a far cry from the scenario in 2007-08.

The industry has a tough and competitive environment, which squeezes margins to the bare minimum. "I think many are keen to enter the market at a time when break-even for a new fund may be stretched," says Vijayan. At present, among the 36 asset management companies (AMCs), very few are making profits. Sudip Bandyopadhyay, managing director of Reliance Money, thinks this is more applicable to small AMCs among new players who may take at least four years to break even considering the very nature of the business — a highly competitive volume game.

The biggest game changer — the removal of entry load from schemes — has made it essential for promoters to spend their own money for garnering initial corpus. Today, appetite for NFOs can only be created through an active distribution push. "I don't expect distributors to be very enthusiastic about aggressively selling NFOs that may fail to mobilise large assets under management," says Krishnan Sitaraman, director of Crisil FundServices. For the new entrants, he has a piece of advice: Come up with some unique propositions, be innovative, and have an appropriate business model to be successful against the well-entrenched players.

Industry insiders say that among the new players, the game plan is to float a fund, collect a few crores and then sell it to a bigger fund a la the Standard Chartered Mutual Fund sale to IDFC. However, there just too many insignificant companies and the 10 smallest AMCs would not make up for even 1 per cent of the industry's assets under management.

Serious players will have to come up with fresh ideas and innovative schemes, if they have to woo investors like Ashar.