What Is An Ideal Smartphone? 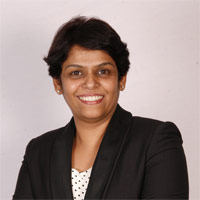 08 November, 2014
Print this article Font size -16+
Do you wake up and smell the coffee or do you simply reach for your smartphone? Chances are that if you're of a certain age, say between 18-30, you will reach for your phone. According to a Cisco survey, nine out of ten respondents check their smartphones for updates in email, texts and social media sites, often before they get out of bed. So what is the ideal smartphone? What applications or features are people looking for in device that is meant to be intelligent?

The revolution is here - Smartphones have become permanent fixtures in our daily lives and offer near-universal access to information power, allowing each one of us to get literally and figuratively glued on to these interesting gadgets and devices all day long. A smartphone is like a powerhouse of information in our hands. That is because a smartphone is possibly more capable than an average human being! This handheld superpower has transformed daily routines of people. The indomitable demand for next generation technology claims the need for powerful and innovative mobile solutions. Services and applications are custom made for every specific business proposition so as to enhance functionality and efficiency as well as for leisure.

Even though smartphones were originally crafted for business functions, smartphones and social networking have become almost synonymous. The rapid growth of social media and adoption of smartphones have positively impacted the rise of social networking on mobile phones. Also, the fact that social networking apps offer seamless integration with other phone functions has only added to the trigger. According to CNET, Facebook and Twitter mobile users spent time browsing on their mobiles than hours spent on computers.

But smartphones are not all about social networking. Today, many smartphone users have transitioned in full or in part to using web-based applications for creating, editing and managing documents, spreadsheets and presentations. Office productivity apps like Quickoffice, which integrate with cloud services like Dropbox, Box.net and Google Docs, help users to manage their work while on the go. While Documents To Go provides apps for working with Word, Excel, Powerpoint and PDF, Office Mobile has impressed many tech reviewers for integrating the same and syncing them with a sharepoint site. Evernote is a digital repository for all kinds of information: text notes, handwritten notes, audio files, photos, and web clippings.

Different apps give your business visibility that extends beyond the Internet and literally into your customers' pockets and purses. Your customers needn't log onto their computers and search the Internet to find you. With an App, they'll have all of your information - literally - in the palm of their hand. These days, Apps are the "New Web Site," accessible to consumers who are on the go and on their phones.

On another front, the rate of adoption of mobile gaming is constantly increasing due to a number of factors and the question that arises is whether smartphones will eventually replace gaming consoles. Gaming functionalities on smartphones have become even more prominent, evolving rapidly from the days of Snake, which first came pre-loaded on Nokia handsets back in 1998.The biggest appeal of mobile gaming is that you can play games while you're on the go.

With mobile web browsing costs and payment plans becoming cheaper almost by the month, Smartphone 'contactless' technologies are likely to be the future. Technologies like Near Field Communications and Augmented Reality are enhancing the functions of smartphones for users across the world. NFC technology was used successfully at the London 2012 Olympic Games. More than a million NFC-enabled Android devices are now being sold every week and NFC Tags can link to text, mobile web links or be used for NFC contactless payment. Scanning works by 'tapping' an NFC enabled phone near an NFC Tag (within 1 to 3 cm).

Augmented Reality is designed to add a 'virtual' overlay to real objects such as posters, maps, magazines, buildings and scenery, with the AR images 'triggered' based on mobile camera images or GPS. For example, AR can also add a historical context, overlay video, audio commentary or a virtual 'what it might have looked like in the past' aspect to heritage sites and buildings, which is especially useful where the current visitor site is just a featureless field.

With all these features, one is compelled to carry these wondrous devices in one's pocket, all day long. With a few taps and some swipes, smartphones fetch you information, make purchases, create art and conduct business with equanimity, for which it was originally crafted. These phones have evolved to satisfy almost any purpose and its explosive growth globally, and within India, is witnessing quantum leaps in technology at frightening speed. It is time for us to get into the big league riding this revolution.