What Does Head of IoT Do? 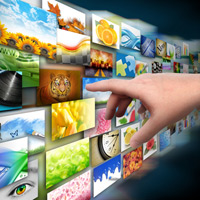 10 March, 2015
Print this article Font size -16+
The Internet of Things(IoT) is gathering pace as startup incubators along with large enterprises focus on developing innovative technologies for the digital world. Companies like Telefonica, Vodafone, Jaguar Land Rover and Alere, Inc. and many others are some of the biggest multinationals that have created specific roles dedicated into taking advantage of the IoT.

Gartner predictsthat the total number of connected devices from the IoT to reach 26 billion installed units by 2020. This is up from just 900 million of such devices in 2009, and which is expected to pump about $1.9 trillion into the global economy as IT spending continues to grow1.While the Internet has undergone significant changes over the years, IoT solutions are going to be by far one of the biggest changes we’ll witness in the coming decade. The IoT will redefine the architectural fabric of the Internet, making Tim Berners-Lee’s www, a more fulfilling experience. To support this, IoT roles and even whole divisions dedicated to the development and integration of the IoT into the business fabric will become standard in most companies.  In fact, not having an IoT department will soon be considered an anamoly in most large enterprises seeking to digitize their operations.

So what are the priorities of a Head of IoT? What do will they do? Going forward, one of the important tasks for an IoT head will be to identify roles internally that will allow organisations to address customers’ demands for digitisation of their operations. Vendors will not only seek to automate their own existing business models, but also will look to provide automation solutions to their consumers.

A typical IoT solution requires tons of code, and automation can prove to be costly. For an enterprise, the primary aim is tointegrate these complex automation processes in the business, without impacting production or halting operations. The means of deploying these solutions should ultimately drive insights and add value to a company. If the underlying technology far surpasses the cost advantages, it defeats the very purpose of a technological framework.

The Complexity of Defining a Market That Doesn’t Exist
The biggest challenge for IoT heads is to assemble an ecosystem that justifies the investment, even if the returns are long-term. This role becomes far more complex as everyone wants a piece of the IoT pie. Companies which have the technology need to make realistic calls on whether it’s important to build, invest or partner IoT solutions for a client.

One of the critical aspects for a successful IoT deployment is to build a security framework. Building this system from scratch also requires the consent of individual departments. Therefore, the role of IoT solution expertsincludes consultation, than being mere purveyors of technology.

IoT solutions will require some businesses to move from a product based model to a service-based model offered on a pay per use basis. Because of the quality of automation that can be achieved through IoT, it has the capabilities to offer new commercial models. The vendor should be given time and deep insight into the client’s business operations before IoT options can be given. This model of allowing a third party to obtain crucial data of a business is new and requires some rethinking on how to best approach it. Separately, companies can also appoint IoT consultants who can be given business insights and spearhead the solution with an IoT provider. If the latter makes better business sense for a company, it opens up a whole range of roles, especially when a company is not sure if its operations deserve an IoT solution.

We have only seen a fraction of what the market is capable of as IoT implementations to date have been limited by a number of factors. Technology vendors offering only their generic technology with limited deep understanding of a vertical market (internet of my things). A focus on one area of enablement such as operations or customer proposition as opposed to the whole business.And finally limited automationacross these business functions.  Once business is able to harness IoT to enable data analytics and evolve and automate business process the real value of IoT can be leveraged.

Gartner Says the Internet of Things Installed Base Will Grow to 26 Billion Units By 2020.