West Should Not Intervene In Asia And Middle East: Mishra 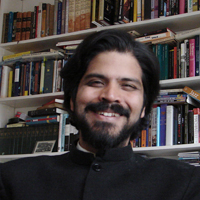 Indian writer Pankaj Mishra has never shied away from controversy in his native country or abroad, but he hopes that his latest book will bridge the gap between the East and West instead of merely inciting an intellectual brawl.

A respected voice in the Indian, British and American literary scenes, Mishra seeks to shed light on the eastern thinkers who influenced their regions during the period of western imperialism. From the Ruins of Empire: The Intellectuals Who Remade Asia hits US book shelves on Tuesday.

Mishra, 43, devotes the bulk of his chapters to names that have been absent from both Eastern and Western accounts of nineteenth and early twentieth century history — names he thinks people should know to understand the roots of contemporary events such as the Arab Spring and the rise of India and China.

"I thought both the nationalist histories I grew up with and these new imperialist histories were missing out," Mishra told Reuters in an interview, saying writers and historians were "sometimes actively suppressing a whole range of ideas, personalities and events that were very important to the formation of modern Asia."

He challenges the western narrative of imperialism - something he has made a name for himself doing.

After years of writing in-depth political and literary pieces for the New York Review of Books, the New York Times and others, in November 2011 Mishra wrote a scathing critique of conservative historian Niall Ferguson's book "Civilisation: The West and the Rest" in the London Review of Books.

Mishra's negative review led to a contentious and highly publicised series of exchanges between the two men, in which they clashed largely over the role imperialism played in the making of modern Asia.

"Imperialism was all about occupation, invasion, war, appropriation and constructing racial hierarchies in which darker-skinned peoples were treated abominably," Mishra said.

"To presume that it's something that essentially brought free trade and democracy to native peoples across Asia and Africa - you can't get more ludicrously wrong than that."

No Western Intervention
Although his tome is largely historical, Mishra draws connections between the eastern thinkers in his book and current events.

Instead of crediting western influence for the recent spate of uprisings in the Middle East, he traces the foundations of democracy in Muslim countries back to Jamal al-Din al-Afghani, a nineteenth century Persian who advised leaders in places from Egypt to the Ottoman Empire to India.

"It is possible to say that someone like al-Afghani stands at the beginning of political awareness in the Muslim world," Mishra said. "He should be better known and something like the Arab Spring should have been predicted a long time ago."

Mishra said that more multifaceted histories not only allow people to predict the course of the future, but for countries to find common ground and avoid conflicts caused by limited perspectives.

"You look at the way languages and religions move across this wide territory (Asia and the Middle East) and you realize there's a lot more in common between these different places than you might think," he said.

"This book is very much an attempt to present the perspective of people in parts of the world who have traditionally been excluded ... bringing the world into conversation — not just people in the west, but people in places like Egypt, who may not know what's going on in China at the same time."

Although he encourages dialogue between the East and West, Mishra feels that Asian and Middle Eastern politics fall squarely in the domain of those regions, including the current conflict in Syria. "I think there's such a long and dismal history of western intervention in these parts of the world that it's perhaps best for western countries to not intervene," he said.

In the future, Mishra, who divides his time between London, and Mashobra, India, hopes to hear more voices like his. "I think that Asia has not been conceptualized, has not been imagined sufficiently," he said. "What we now need are histories that give a global perspective."