We Are Focused On Promoting & Beefing Up Core Brands 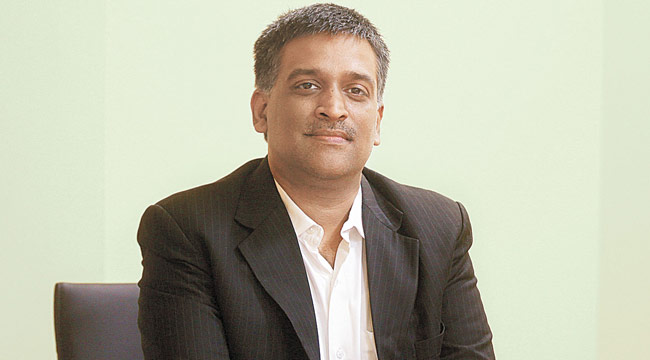 16 April, 2015
Print this article Font size -16+
Homes in India are getting repainted more frequently now; the cycles are shrinking to five-year intervals from eight years. Rajiv Rajgopal, director and general manager of Decorative Paints at AkzoNobel India, discusses the marketing play behind the paint categories and the company’s plans for the year ahead in a conversation with Hita Gupta

The year 2015 will see Dulux focus on strengthening its position as a full-range supplier in the paints industry and filling gaps in its portfolio in India, according to Rajiv Rajgopal. This year’s marketing agenda of the company is strongly skewed towards its flagship product ­— Dulux Velvet Touch. On 1 April, the 100-year old paint company launched a television commercial featuring brand ambassador Farhan Akhtar around the idea of ‘fashion trends for walls’.

Our Strategy
“We follow a holistic approach in our branding and marketing objectives and as India is a fairly mature industry in terms of media and media planning, our share is as per the basic industry standards,” says Rajgopal, outlining Dulux’s marketing strategy. Dulux is not looking at any major shifts in its marketing strategy during the year. “We plan to build on our existing strategy, drive imagery through our premium portfolio, and drive mass market through distribution,” says Rajgopal.

A few years ago Dulux was faced with the big question of promoting several brands or just the key brands. It chose to focus on specific brands as part of its portfolio management. And its is still doing the same. As a result, the company’s flagship brand ‘Dulux Velvet Touch’ is marketed under the proposition of ‘fashion trends for walls’ and Weathershield as ‘crack proof’. “We are looking at strengthening our core brands, and building differentiation to build our portfolio,” adds Rajgopal.

Beginning April 2015, the home and office paint sector in India is approaching a lean season which is expected to pick pace again only around Dussehra and Diwali.
In the meanwhile, digital marketing will continue to be important for the company.

Getting Digital Right
According to Rajgopal, the key to successful marketing on digital media is right content that blends seamlessly with the device. “The most promising of all platforms is digital, but we have to be careful. We are also participating on social media platforms to generate conversations,” adds Rajgopal.

In the run-up to the launch of its visualiser app, Dulux was actively engaged on social media sites. It rolled out the ‘#TenSecStory’ campaign on its official Twitter account, and AkzoNobel pushed it on Twitter and Facebook. The campaign was not revenue motivated; it focused on driving conversations around the brand. Dulux’s website dulux.in and the app are key elements of its digital play.

“Through the visualiser app, we want to bring the augmented reality into play and empower the customers in making a choice, and thus, changing the painting journey for him. The idea is to get the expression of what you have in mind on to the walls,” says Rajgopal.

Commenting on the ecommerce marketing opportunities in the paints industry, Rajgopal says, “We haven’t seen any need to sell paint on ecommerce platforms because around 85-90 per cent of consumers in the country are involved in trying the colour before they actually paint their homes. We have, however, seen consumers visiting ecommerce websites and so, it can be used as a platform for conversations.”

Indian consumers have access to significant information when making purchase decisions. Dulux is hence upping the content factor of its offer with an intent to make the communication two-way with consumers.