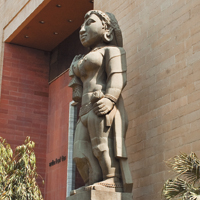 On 11 august, the reserve bank of india (rbi) announced the introduction of a new borrowing instrument, the cash management bill (CMB). The CMB is like a treasury bill, except that it will be issued for maturities less than 91 days — the minimum tenure of money market instruments at the moment.

Ostensibly, the purpose of the new bill is to meet short-term cash management needs of the government. The rationale is sound: in a year when the government's borrowing programme is over Rs 4 lakh crore, having the flexibility to borrow for short maturities is an advantage.

The ballooning fiscal deficit is already a big worry for many, and adding to the debt burden will only make investors more nervous. "This year's huge borrowing needs are not a permanent feature," says the head of treasury of a leading bank in Mumbai. "So, CMB gives the government an additional option in handling both surplus liquidity and higher government borrowing needs."

But since the announcement in August, there has not been even a single auction of these very short-term treasury bills (T-Bills). The latest figures on first quarter advance tax collections suggest that they are not as high as they were last year, thanks to the recession. But it is not clear that the government feels the need to use CMBs yet.

On the other hand, some analysts feel that the second half of the year may be different. The government managed to complete two-thirds of its borrowing programme on schedule, without putting any pressure on interest rates, in the first half of this financial year. They may take greater recourse to the CMB after 30 September, according to the analysts. However, whenever the first CMB auction does take place, its impact will be felt beyond money markets.

Flexibility For Government
"For the government, it is advantageous in a couple of ways," says Indranil Pan, chief economist at Kotak Mahindra Bank in Mumbai. "Strategically, the government could complete its entire borrowing by end-January, and manage to use CMBs to meet cash requirements in the last two months of the financial year."

The absence of central government borrowing could also help state governments, who do not have recourse to T-Bills, come in to the market in February and March without putting additional pressure on liquidity — in months when overall money market liquidity tends to get tight.

Technically, CMBs are not treated as part of government borrowings, though they are eligible to be included in banks' statutory liquidity ratios (SLR) and, therefore, be used to manage reserve requirements. In other words, it allows the government to borrow across the end of the financial year, and still not recognise it as an increase in borrowings that is eligible to be included in fiscal deficit calculations. "But the amount of such borrowing is not going to be too high, so not including it in the fiscal deficit is appropriate," says an analyst.

CMBs also help the government manage its interest costs — which are significant — better. Currently, the government manages its cash requirement through ways and means advances — something like an overdraft limit that is set twice a year; the limit is lower in the second half. As part of the push to fiscal responsibility — in line with the provisions of the Fiscal

Responsibility and Budget Management Act — the interest rates on the overdraft can be as high as 6.75 per cent under the law.

But is there more to the CMB than just managing the overdraft? "There seem to be some conflicting signals on fiscal consolidation, especially given the potential impact of the drought," says Deepali Bhargava, economist, financial markets, at ING Vysya Bank in Mumbai. "And you can see the impact on the exchange rate — the Indian rupee is the worst-hit currency among Asian markets."

Bank Portfolios And Yield Curve Effects
For banks, the impact will be on interest rate differentials. "The differential between overnight money market rates and the 91-day treasury bill, which will share common traits with CMB, has been narrow. But it is likely to widen a little," says Pan. "Along the medium- to long-end of the yield curve, it may flatten the spread between one-year and ten- year bonds."

The CMB will help take out some of the interest rate risk out of banks' portfolios of government securities. By shifting the portfolios into shorter-term paper, banks avoid the losses from any potential jolts to interest rates, given that they hold large amounts of long-dated securities. But not by much, perhaps. "The supply of CMBs is likely to be small," says ING Bank's Bhargava. "In the first half of this year, we have seen more 5-14 year securities. That is too much weight on the long end."

Banks may also choose to move all the money they are currently putting into the RBI's liquidity adjustment facility (LAF) into CMBs, when they are launched. As the CMB fills in the intermediate space between the 14-day repo and the 91-day bill, it could make it easier to price corporate short-term debt instruments such as commercial paper more transparently and realistically.

However, other analysts point to new risks. Having greater flexibility when there is an enormous borrowing programme may be a good thing, but it could skew future borrowing programmes. The size of supply of CMBs is also a factor that needs careful review.

Even as one part of the market believes that the borrowing programme for this year is skewed towards the long term, another side believes that there should be greater variety — such as inflation-linked bonds — and even longer-term, 30-year paper.

Insurance companies and pension funds, to name two, need long-term debt paper to be able to manage long-term return expectations of their clients investing for retirement. That is the end of the yield curve where there is little, if any, kind of bond issuance. Perhaps, the RBI will turn its attention to that conundrum. But not just now.