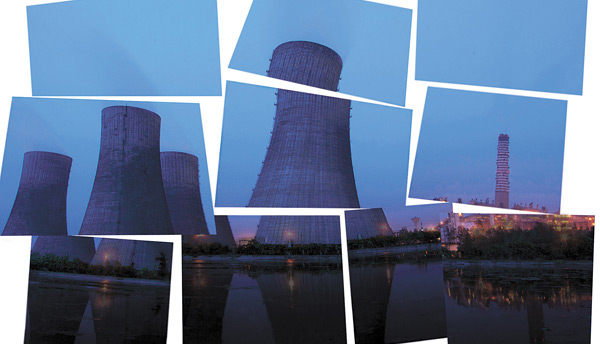 There is nothing better than a blackout to wake you up. The nationwide trip that saw 19 states go without power for hours last week did just that. If you thought big, new power plants were a way out of the darkness, think again. You have a legacy to battle with.

These plants produce less power even as they consume as much fuel as an efficient plant.  Besides, even as the country battles regular grid failures due to overdrawal by states, 30,000 MW of new capacity — equalling 15 per cent of installed capacity — is lying idle due to fuel shortage. But that’s another matter.

Bihar, for instance, had to shut down most of its installed power capacity because of poorly run plants; the state now depends entirely on centrally allocated power.

“While the average cost of generation from a plant comes to about Rs 1.80-2 per unit, inefficient plants increase the cost by three times to Rs 4-6 per unit,” says a senior official of the Bihar State Electricity Board (BSEB).


Old Is Not Gold
India’s power sector started out with plants with low unit sizes — 10, 15, 30, 60, 80 and 100 MW (the first unit of 200 MW came up at Obra in Uttar Pradesh in 1977). These have a non-reheat design, which basically means high auxiliary power consumption and lower efficiency. The Centre tried to retrofit these plants, but found the plan unviable. The government has since asked the respective states to slowly phase out all units up to 100 MW in size.

According to the Central Electricity Authority (CEA), these sub-100 MW plants add up to 4,750 MW. A Planning Commission working group report has suggested that 4,000 MW each be retired during the 12th and the 13th Plans. The suggestion covers coal units of less than 200 MW (commissioned before 1982) and gas units commissioned before 1992 (more than 30 years old). CEA data shows that 47 units (2,098 MW) were retired till January 2011.
“The problem is that it has not been made mandatory for the state governments to retire such plants. The utilities don’t want to give up on them even if they operate at very low efficiency,” says Jain. A senior power ministry official explains the dilemma: “You cannot retire all inefficient plants without new capacity coming up. Many a time, states prefer to keep these as they cannot afford to close down generation.”
Forced outage, which occurs due to equipment failure, is a common occurrence in these old units. Such instances went up to 9.58 per cent in 2010-11 from 7.85 per cent in 2006-07, and have brought down the operational availability to 84.24 per cent in 2010-11. Most of the older units operate at a very low plant load factor (PLF) of 50 per cent. “If a 100 MW plant operates at a PLF of 50 per cent, it is no better than a 50 MW plant,” says a Bharat Heavy Electricals (BHEL) official. The irony is that even as plants operate at a low PLF, the full capacity is still taken into account to tabulate total installed capacity.

The Warhorses Soldier On
Even as the focus shifts to supercritical plants of 660 MW, it is the 200-210 MW and 500 MW plants that shoulder most of the burden of powering India. But many of these plants are in the winter of their lifecycle — this affects their station heat rate (SHR), raw material consumption and power output. According to CEA, there are about 160 units of 200-210 MW capacity, which account for 44 per cent of the total thermal installed capacity. Most of these operate at a high PLF, but fuel consumption is on the higher side. Besides, these are close to a quarter century old.
What might not come as a surprise is that most of the inefficient units belong to state governments; central and private power utilities maintain a PLF close to the national average of 76 per cent. Among the states whose utilities have a PLF lower than 70 per cent are Bihar (8.12 per cent), Jharkhand (30.02 per cent), Andhra Pradesh (49.7 per cent), Maharashtra (59.03  per cent) and Uttar Pradesh (60.43 per cent). The central and private utilities have performed well above the national average PLF — the only exceptions are Damodar Valley Corporation (65.12 per cent) and Tata Power’s Trombay (64.92 per cent).
What makes matters worse is that while many private power plants are forced to perform at a sub-optimal level because of coal shortage, state power utilities get preference over private units in coal despatches.
The severity of the problem is not lost on the government; it has taken many steps to identify the sub-optimal plants. An Indo-German Energy Program study has mapped 85 coal-based power generating plants with a capacity range of 100-500 MW. The study was conducted in 2007-09 and covered 14 states, 17 power utilities and 45 thermal power stations. In addition,  the PAT (perform, achieve and trade) mechanism of the Bureau of Energy Efficiency (BEE), has identified 144 thermal plants that are the most inefficient in India.
Step In The Right Direction
“Under PAT, we have fixed targets for power stations. The total target is to save 3.2 million tonne oil equivalent from the 144 stations identified. There are 22 stations, comprising 128 units, that have been set a high target as they are very inefficient. Of these, about 49 units are more than 25-30 years old. The target for these 22 stations is 1.7 million tonne oil equivalent,” says A.K. Asthana, technical director, BEE.
The CEA has a National Perspective Plan, which has identified power plants that need to undergo R&M (renovation and modernisation) on an urgent basis. The 12th Plan targets 72 thermal units, accounting for 16,532 MW, and 23 other units, adding up to 4,971 MW, for life extension and R&M programmes. But on-ground implementation has not proved effective in the past. Generation from units under R&M fell to a mere 2,000 million unit (MU) per annum in the 10th Plan from 10,000 MU per annum in the 7th Plan.