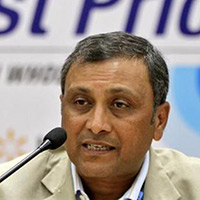 08 November, 2014
Print this article Font size -16+
Wal-Mart Stores Inc, hit by a series of setbacks in its efforts to crack the promising but restrictive India market, said its country head -- Raj Jain -- had left the company.

The departure of Jain, who joined Wal-Mart in 2006 and became head of its Indian unit the following year, comes as the Bentonville, Arkansas-based company struggles to expand in one of the last big untapped markets for global supermarket chains. In a statement on Wednesday, the world's largest retailer said it has named Ramnik Narsey as interim head of its India business, without explaining the change.

Narsey joined Wal-Mart last month after serving as chairman and chief executive officer for Woolworths India, a unit of Woolworths, Australia's biggest supermarket chain. Jain could not be immediately reached on his mobile phone, and the company declined to make Narsey available for comment.

Wal-Mart, which has run wholesale stores in India since 2009, lobbied for nearly six years to enter the retail segment. In September last year, India finally allowed global supermarket operators to set up 51 per cent-owned retail outlets. But no international chain has come forward to apply for a licence as the rules have continued to evolve.

"I am not surprised," said Harminder Sahni, managing director at Gurgaon-based retail consultancy Wazir Advisors, commenting on Jain's departure. "Their biggest agenda was to get multi-brand retail clarifications in a manner that it is conducive. That has not come about."

Wal-Mart has been the most aggressive among global supermarket chains trying to set up in India, but in recent months had run into a series of speed bumps.

Wal-Mart, whose India joint venture partner is Bharti Enterprises, has not opened a new wholesale store in the country since October last year despite announcing plans to open eight in 2013. It has 20 such stores in India.

In November, the joint venture suspended staff members including its chief financial officer as it investigated alleged violations of US anti-bribery laws.

While global supermarket chains such as Tesco PLC and Carrefour SA covet entry into Asia's third-largest economy - where roughly 90 per cent of the $500 billion in retail sales is conducted at informal or stand-alone stores - regulations have proved daunting.

New rules unveiled earlier this month requiring foreign supermarkets to set up their own warehouses and stores in India are expected to delay further the entry of global operators, increase costs and hurt cash-strapped local retailers eager to partner with foreign companies.

Many Indian states, meanwhile, have opted not to sign on to the policy allowing global supermarket chains as they worry that mom-and-pop operators would be out of business.

Wal-Mart has also had to deal with an ongoing Indian investigation into whether it flouted rules when it made a $100 million investment in a consultancy firm. The company has said it complied with the rules.

"We remain optimistic about our business in India and look forward to our future in India under Ramnik's leadership," Scott Price, president and chief executive officer for Wal-Mart Asia, said in the statement on Wednesday.