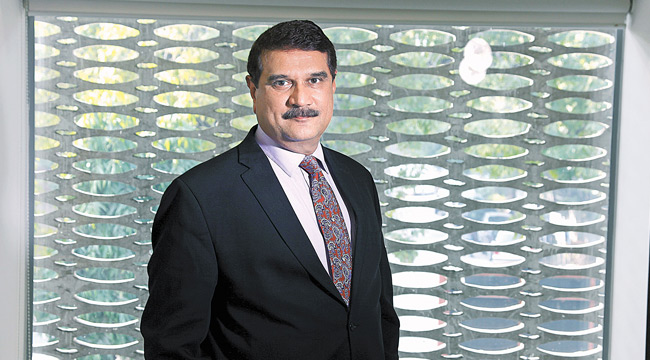 As far as services are concerned, the Indian Air Force continues to take the largest share of the capital budget as compared to other services.

The government has clearly stated that its goal is to transform India into a manufacturing hub and achieve self-reliance in defence production with the Make in India programme. Both defence and aerospace are important sectors and the government has backed its intent by announcing decisions that facilitate investment.  The most important driver for achieving indigenisation in defence manufacturing is acquisition of technology by Indian companies. The reduction in tax withholding on royalty from 25 per cent to 10 per cent for technology purchase is a welcome measure.  This will significantly reduce the input costs of Indian companies.

Significant tax incentives are proposed for new manufacturing units that are set up between 1 April 2015 and 31 March 2020 in notified backward areas of Andhra Pradesh and Telangana in the form of additional investment allowance at 15 per cent and additional depreciation at 35 per cent on the cost of new plant and machinery. In addition, the benefit of deduction for employment of new regular workmen has been extended to all manufacturing entities and further eligibility threshold has been reduced from the existing 100 to 50 regular workmen. Further, introduction of place of effective management (PoEM) concept is likely to have an impact on those IT/ITeS players where the key management and commercial decision-making in relation to foreign operations/entities is made in India.

Deferral of General Anti-Avoidance Rule (GAAR) by two years and its prospective applicability to all investments post April 2017 and removal of ambiguities in the Indirect Transfer rules are welcome changes, creating a positive investment climate.

The Budget has also focused on creating an enabling environment by improving the ease of doing business in India. It has also announced composite caps for foreign investment (foreign direct investment and foreign portfolio investment).

On the indirect tax side, service tax has been raised from 12.36 per cent to 14 per cent and the standard ad valorem rate of excise duty has been increased from 12 per cent to 12.5 per cent. Introduction of Goods and Services Tax (GST) from April 2016 is likely to play a transformative role and add buoyancy and clarity to indirect tax issues.

Overall, the Budget has been limited but with significant intervention towards indigenisation of defence production. Nevertheless, there is now a greater focus on strengthening the defence industrial base in India with a view to reducing the dependence on imports.

The author is Partner and leader, Defence  & Aerospace, PwC India