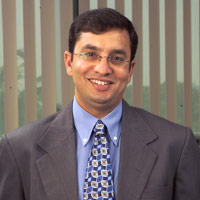 08 November, 2014
Print this article Font size -16+
India has seen phenomenal growth in voice services in the last decade. Broadband penetration, on the other hand is still only a little over  one per cent. Broadband is increasingly becoming important in today's information age. It provides communication and timely access to information, which leads to better productivity, innovation and economic growth. According to World Bank estimates, every 10per cent growth in broadband penetration of a country leads to 1.3 per cent increase in GDP for developing countries.

India's wired subscriber base stands at about 15 million as of Jan 2013, despite a 12 per cent growth seen in the last 1 year. Similarly, the number of 3G subscribers constitutes only about 4 per cent of total subscribers as of today. Among the many factors that have contributed to the slow growth of broadband, last mile is one that particularly stands out.

Last mile is the final link of a network that connects an end customer (mostly residential) to the telecom service provider's nearest access point. Many different access media and technologies can be used for this link. The copper wire for landlines/DSL-broadband, coaxial cable (from cable TV) and the wireless connectivity between cell towers and mobile phones are all examples of the last mile. Recently optical fibers, which were traditionally used in long distance and metro networks, have found their way into the last mile.

The last mile has generally been a costly affair as it involves setting up wired media (twisted pair copper, co-axial cables or optic fibers) to subscriber's homes or the huge spectrum costs if wireless technology is used. Hence operators have always put a lot of effort into re-using the existing media while delivering new broadband services to end customers. Europe which historically had a high penetration of landlines uses DSL technology (which delivers broadband over twisted pair copper), and similarly US used it's cable-TV infrastructure to deliver 'cable broadband'. In comparison, India's voice growth happened over 2G mobile technology and it's digital TV was primarily delivered through DTH. Hence it doesn't have a last mile infrastructure it can bank upon.

On the technology front, India can use either wireless (4G/LTE) or Fiber to the Home (FTTH) running on GPON (Gigabit Passive Optical Networks) to address this. The government already auctioned the BWA spectrum in 2010 and the licensees are gearing up to launch LTE based broadband services on a nationwide scale. LTE is a 4th generation (4G) mobile technology that is capable of providing speeds of upto 100Mbps to an end user over the wireless infrastructure.  The BWA/LTE approach can be used to cover large geographical areas relatively quickly since setting up each base station can provide coverage to a few sq kms at once . While a lot of passive infrastructure can be re-used/shared with 2G/3G infrastructure, new investments will have to be made in the 4G wireless equipment and the backhaul infrastructure.

The FTTH approach on the other hand can be used to deliver high speed broadband services.  Optical fibers and FTTH is capable of delivering huge bandwidth, and can cater to the projected bandwidth demand for the next couple of decades. Wireline broadband typically provides lower latencies and higher bandwidths compared to wireless and does not suffer from issues like spectrum congestion (too many subscribers sharing the same spectrum, leading to lower quality of service) or from signal coverage issues.  Also, applications like Video Telephony/Skype, Video conferencing and Video on Demand require high bandwidth, and hence are best delivered over wired infrastructure.  Wired infrastructure is also used to backhaul bandwidth from mobile base stations.

The government can play a key role in addressing these last mile challenges to speed up the broadband availability throughout the country. On the wireless front, steps like allowing spectrum re-farming and releasing more spectrum would improve the availability and quality of broadband services for the country at affordable prices. The right of way (ROW) charges for laying optical fibers would need to be rationalised and speedy permissions and approvals for ROW will be needed from municipal bodies will help in improving this infrastructure.

The recently announced NOFN (National Optic Fiber Network) project is a good example of steps being taken by the government to improve the broadband services. NOFN project envisages providing optic fiber based broadband connectivity to over 2.5 lakh gram panchayats and would require laying 2 lakh kms of additional fiber. This would enable applications like E-Learning, tele-medicine, access to timely information on things like weather, agricultural inputs and provide farmers access to more markets for selling their produce.

While infrastructure is one pillar of broadband growth, other factors like availability of affordable data plans and localised content is also important for driving broadband adoption. If all of the factors align, India can not only catch up with the developed world on the broadband penetration figures but also become one of the largest broadband markets globally.