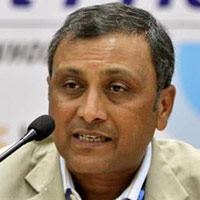 08 November, 2014
Print this article Font size -16+
Wal-Mart Stores, which has spent years trying to crack the long-restricted India market, said on Wednesday its country head Raj Jain, had left the company and named an interim replacement. Wal-Mart, the world's biggest retailer, did not explain the reason for the change.

The company has been the most aggressive among global supermarket chains trying to set up in India but in November its local joint venture suspended its chief financial officer and others as it investigated alleged violations of US anti-bribery laws.

Wal-Mart, which has run wholesale stores in India since 2009, has not opened a new one since October despite its stated plans to open eight in 2013. It has 20 such stores in India.
Read: Bharti-Walmart Suspends CFO, Others
In a statement, Wal-Mart named Senior Vice-President for Walmart International Ramnik Narsey as interim head of its India business. Jain joined Wal-Mart in 2006 and was named head of its India business the following year.

In September, India allowed global supermarket operators to enter the country and own up to 51 percent of their local operations, although clarity on the rules is still pending and no global chain has applied for a licence.