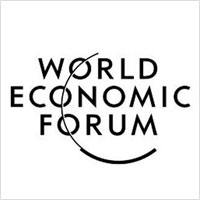 08 November, 2014
Print this article Font size -16+
On a mild winter morning on November 7, the World Economic Forum’s first solo show in India without CII as a partner, got off to a slow start with founder Klaus Schwab cancelling his visit at the last moment, resulting in confusion at the venue in the morning.

But the morning disappointment was more than made up by Canadian Prime Minister Stephen Harper with his Bollywood twist to the India-Canada story. In his opening address, Harper gave a rousing reaffirmation of his commitment to building bridges between the two countries.

Harper said: “The untapped economic potential between India and Canada is massive and undeniable. But though this may be massive, it will not develop by itself. It will take concerted effort by both of our countries to reap all of the benefits in this relationship.”

“Prime Minsiter Manmohan Singh and I have committed to $15 billion of bilateral trade by 2015.  Canada already has seven consulates in India. We have strengthened our high level contacts with no less than 22 visits here.” he said.

Hardselling Canada, Harper who alternated fluently between French and English in his crisp speech, said that amongst all the G7 countries, Canada had the lowest overall tax rate. Tax was the first among the five Ts that would drive Canada’s economic growth he said, the others being Training, Technology, Transformation, and Trade. Expanding on training, he said, Canada had embarked on a skilling and job creation exercise resulting in the addition of 800,000 jobs since 2009.

Energy, education, agriculture and infrastructure would be the four areas of focus for Canada in bilateral relations with India, he said.

Underscoring the importance of India for Canada he said, “Indo Canadians contribute significantly to our country. More than a million Canadians of Indian origin make up more than 3 per cent of our population. Last year India sent 23,000 young Indians to Canada – which was a one third increase in the number of students coming to the country from India.”

Harper drew an appreciative titter from the crowd when he likened the India-Canada story to a Bollywood plot. Two young people meet...“they are meant for each other, but there are obstacles, and they have to overcome all these, before the viewer loses interest,” he said.

Pointing out how the talks he has negotiated with Prime Minister Manmohan Singh will be taken forward in Ottawa next week when negotiators from India would arrive to drive the ambitious trade partnership plans, he said, “Our foreign investment negotiation has come a long way. But we have to be serious about getting to the finish line.”

Earlier, Borges Brende, managing director and member of the Managing Board, WEF, said that the summit would deliberate on outlining a blueprint for post crisis India.

"Both in India and south asia, the leadership has to link leadership with livelihood." he said.