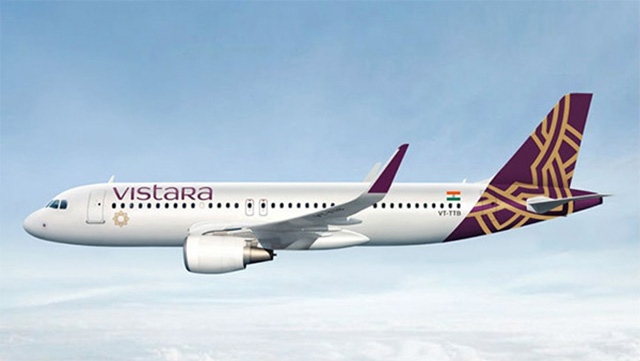 14 January, 2015
Print this article Font size -16+
Singapore Airlines Ltd's Indian joint venture won a flying permit, paving way for it to start operations.
The joint venture with India's Tata conglomerate, which will operate under Vistara brand, plans to announce the sales, routes and schedules soon, it said in a statement.
Vistara has two leased Airbus A-320s in its fleet and plans to induct three more by March next year.
"We are thankful to the Ministry of Civil Aviation for their support and guidance during the entire process," Vistara chief executive Phee Teik Yeoh said.
Vistara chairman Prasad Menon said: "We are all looking forward to the first flight with excitement."
The new Delhi-based airline plans to connect Mumbai, Bangalore, Hyderabad, Goa, Chandigarh, Srinagar, Jammu and Patna in the first year of its operations.

Menon said the company was "aware of the expectations" and would strive to live up to it as it "looks forward to shaping a success story in Indian aviation with the realisation of this dream".

Tata Sons announced the joint venture with Singapore Airlines in September 2013 to set up a full service airline, a year after the then Manmohan Singh government allowed investment by foreign airlines in the domestic carriers.

The airline had applied to the Directorate General of Civil Aviation (DGCA) for the permit in April and had planned to launch services by September, which has got delayed.

Vistara plans to lease 20 Airbus A320s, including seven fuel-efficient A320 Neos in the next four years.
The airline, in which Tata Sons holds 51 per cent stake and Singapore Airlines remaining 49 per cent, plans to operate 87 flights in the first year, with five A320s and then scale it up to 301 flights by the fourth year.
Once it takes off, Vistara will be the third full service carrier after state-run Air India and Jet Airways.
(Agencies)
Tags assigned to this article:
news 6 tata sons airlines singapore airlines prasad menon vistara airlines phee teik yeoh