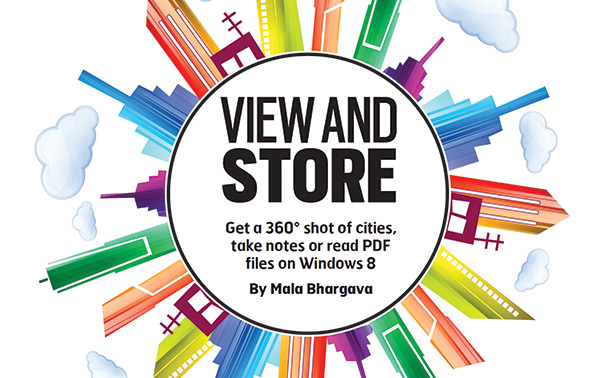 08 November, 2014
Print this article Font size -16+
Draft And Finish
With smartphones becoming as big as they are, obviously users want to do more with all that screen space.
On Android they also have keyboard variants that make writing stuff more than possible. But note-taking apps are a little more sophisticated and elegant on the iOS. Some are packed with features and others are nice because they have a beautiful and simple interface.
Such an app on Android is Draft. It is clean and uncluttered with minimal of buttons and menus. In fact, it’s just you and that blank, creamy ‘paper’. There is some very basic markup, meant for those who may want to upload something online. The rest may just choose to put their files on Dropbox, with which the Draft app integrates.
Be In The Picture
360cities first came to my attention because a startled journalist had written about it after getting a bit of a shock at the unusual method the developer had of promoting the app. It was via a video in which the man demonstrating the app was stark naked except for an iPad, mercifully covering up what needed covering. That aside, the app is rather nice because it’s about 360° panorama photos of different cities across the globe. It’s a Rs 110 iPad app and is based on content uploaded from users — so you may have good pictures, not so great, or even no pictures at all, such as for Delhi.
But there are enough that are most interesting. Panoramas are obviously a bit warped where the angle changes because they are, after all, an artefact of sorts. But they’re still often beautiful and really give you the feel of a place.
PDF For Windows 8
Adobe reader, the official app, has now arrived on Windows Phone 8 — although you would think it would be one of the first few to have been available. It was already there for Windows 7.5 devices, but moving it on to Windows 8 depended on Adobe.
There has been a PDF Reader around but it didn't read some files. Adobe Reader lets you view your files on the go, including protected ones. The app, free on the Windows Store, is rather minimalistic, but you can search for text, cut-and-paste it into other files on your phone, and navigate across pages and websites. Adobe's lethargy in bringing the Reader to Windows 8 is indicative of the struggle Microsoft has had to get the top apps on to its platform. Hopefully the situation will improve as it gradually gains market share.