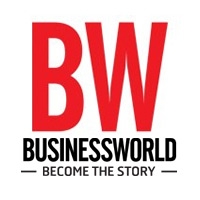 It said wherever the ministries face difficulties, the Cabinet Secretariat and the Prime Minister's Office will facilitate the decision-making process.

The statement announcing the abolition of EGoMS and GoMs termed it as "major move" to empower the ministries and Departments.

Former Defence Minister A K Antony was heading most of the EGoMs. The panels were formed to take decisions on issues like corruption, inter-state water disputes, administrative reforms and gas and telecom pricing.

EGoMs had the power to take decisions on the line of the Union Cabinet. The recommendations of the GoMs were placed before the Cabinet for a final call.

Government sources said the major policy step of abolishing the GoMs and EGoMs has been taken to speed up the decision-making and "restore the authority of respective ministries and the Cabinet".

The step is aimed at reducing the levels of decision-making and streamline the system, they said.

The Prime Minister's Office and Cabinet Secretary will do the "hand-holding" and intervene whenever necessary, they said.

Any inter-ministerial dispute can be solved by the Committee of Secretaries, headed by Cabinet Secretary, which is already in place, the sources said.

On the GoMs which existed during the 10 years of Manmohan Singh government, the sources said a number of them had hardly met and only a few had delivered decisions.

The main drawback of the GoM system was that there was no timeline fixed for arriving at conclusions, as a result of which they dragged for years with diffusion of accountability.