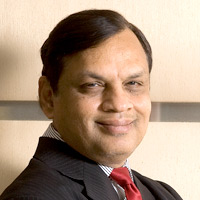 08 November, 2014
Print this article Font size -16+
Anadarko Petroleum Corp of the US and industrialist Venugopal Dhoot have launched the auction of a 20 per cent stake in a Mozambique gas field that could fetch $4.5 billion, sources familiar with the matter told news agency Reuters. India's state-owned Oil & Natural Gas Corp and Oil India are considering a joint bid for the 20 per cent stake.

Shares in Videocon Industries gained 8.6 per cent on 21 February, 2013 after the consumer electronics and oil company had told private TV channel ET Now that it is in talks to sell its 10 per cent stake in an oil and gas block off the coast of Mozambique and Tanzania. Videocon Chairman Venugopal Dhoot had said the company was in talks with multiple potential buyers, including Oil and Natural Gas Corp Ltd, for its Rovuma gas field, confirming earlier media reports. Videocon's board had approved splitting and selling its oil and gas assets in August 2012.

The Rovuma offshore field is a hot property after recent discoveries boosted Mozambique's gas reserves to around 150 trillion cubic feet, enough to supply world number one importer Japan for 35 years. The east African country is expected to eventually compete with Australia and Qatar as a major provider of liquefied natural gas (LNG) to Asia.

Last year, Thai state oil company PTT Exploration and Production PCL trumped Royal Dutch Shell Plc in a hotly contested battle for Cove Energy Plc and its 8.5 per cent of the field. The $1.9 billion price tag for Cove implies the stake now on offer could fetch about $4.5 billion.

Dhoot, who controls consumer electronics to mobile-phone services conglomerate Videocon Group, is leading the process and has hired Standard Chartered and UBS to handle the sale, the sources added.

First round bids are due on March 14 after an information memorandum on the sale was sent to potential bidders in early February, one of the sources said.

US oil and gas explorer Anadarko is the operator of Mozambique's offshore Area 1 with a 36.5 per cent interest, while Japan's Mitsui & Co Ltd is the second-biggest holder in the block with a 20 per cent stake.

India's state-owned refiner Bharat Petroleum Corp Ltd and a unit of Dhoot's Videocon Industries own 10 per cent each, while PTT has an 8.5 per cent interest and Mozambique's state-owned ENH 15 per cent.

Shares in Videocon Industries, which has a market value of $1.2 billion, rose as much as 4.6 per cent on Tuesday, outpacing a near 1 per cent gain for the Mumbai market index.

"The move to monetise its holding in the Mozambique gas block to reduce debt is a positive trigger for the company and the stock," said Neeraj Dewan, director at Quantum Securities. "That's a good asset and it should get a good valuation."

Other Suitors
PetroChina, Shell and Exxon Mobil Corp are among suitors expected to submit indicative proposals, sources with direct knowledge of the matter told Reuters.

India's state-owned Oil & Natural Gas Corp and Oil India are considering a joint bid for the 20 per cent stake, two separate sources said. The companies would hire an adviser once they decide on bidding, one of the sources said.

Videocon is seeking about $2.5-$3 billion for its 10 per cent stake, though sources warned buyers are unlikely to pay a huge premium over what PTT paid.

"PTT paid what was a good price, but to get to a $3 billion price tag is difficult," a person familiar with the process said.

A spokesman for Anadarko did not immediately respond to a request for comment on Monday, while Dhoot declined to comment.

Dhoot, who ranks 38th in Forbes' India rich list with a net worth of $1.5 billion, paid $75 million for the Rovuma 1 stake in 2008. His company is expected to use some of the sale proceeds to pare debt of more than $5.5 billion.

Anadarko CEO Al Walker last month told an earnings conference call that the company was looking to sell a 10 percent interest in the block, taking the firm's stake to 26.5 per cent.

Together with ENI SpA, which owns an adjacent field and is cooperating on building gas liquefaction facilities, Anadarko hopes to ship out first LNG in 2018.