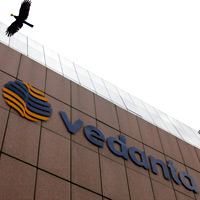 Vedanta said earnings before interest, tax, depreciation and amortisation (EBITDA) for the year to the end of March totalled $4.89 billion, in line with market forecasts.

But the year-on-year rise masks drops across Vedanta's core divisions from zinc to iron ore and copper, hit by falling prices that have battered miners across the sector, but also mining bans and operational hitches. Only oil and gas, power and aluminium increased annual earnings over the previous year.

Vedanta bought oil and gas company Cairn India in 2011, and the operations were responsible for almost half its core profit over the year to the end of March. The group said it was pursuing exploration in Rajasthan, hoping to cash in on growing demand in India, which imports over 80 per cent of its requirements.

Apart from weaker markets, headwinds faced by Vedanta in recent months include a ban on mining and iron ore exports in the Indian states of Goa and Karnataka. The group said the lifting of some restrictions in Karnataka meant it hoped to resume mining there by the end of June.

Adding to Vedanta's troubles at the end of March, Indian authorities closed the country's largest copper smelter, owned by Vedanta unit Sterlite Industries after residents complained of emissions that caused breathing problems. Vedanta said on Thursday it was confident operations would resume and did not book an impairment on the asset.

Vedanta paid a final dividend of 37 cents per share, up 6 per cent.