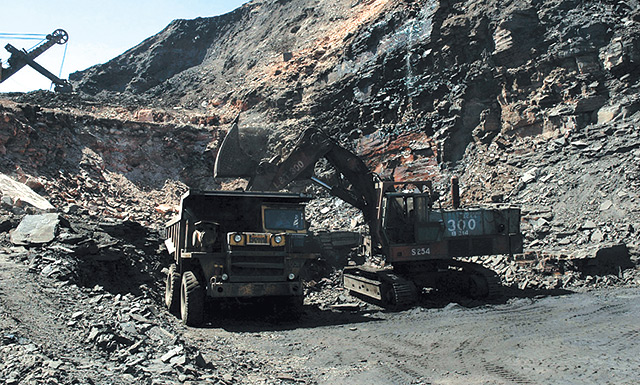 05 February, 2015
Print this article Font size -16+
Mining baron Anil Agarwal-led Vedanta Group has bid for the most number of 14 coal mines out of 23 on offer in the first round of auction which also have aggressive bids by Aditya Birla Group, Adani and Naveen Jindal group, but was shunned by foreign players.

Vedanta Group put in as many as 25 bids through several group firms, with some mines getting multiple bids, according to bid data available after close of technical bids yesterday.

Aditya Birla Group put in 15 bids for 8 blocks while Naveen Jindal-led JSPL, which was the worst hit by the cancellations of coal block allocations by the Supreme Court, put in 13 bids for 6 blocks. Adani bid for six.

The Gare Palma IV/7 block in Chhattisgarh with extractable reserves of 56.62 million tonnes (MT) was the most sought-after block attracting as many as 16 bids from firms like Balco, Hindalco, JSPL, Monnet Ispat, Sesa Sterlite and Sarda Energy & Mineral.

While no foreign player bid for the 23 mines that were in production before the Supreme Court cancelled their allocation, other domestic players in the fray include GMR, GVK, Anil Ambani-led Reliance Group and Lanco.

Industry estimates suggest these blocks may fetch tens of thousands of crores of rupees in revenue while the exact estimate is not known.

These 23 coal mines have geological reserves of over 1500 million tons and many firms have given multiple bids for one coal block.

As many as 176 bids have been received by the government for these 23 mines under Schedule II category (under production) in the first tranche of the auction process after the Supreme Court in September 2014 cancelled allotment of 204 mines since 1993 terming the allotment as "arbitrary and illegal".

Gare Palma IV/7 block in Chhattisgarh with geological reserves of 67.149 MT was previously allocated to Sarda Energy & Mineral Ltd. For this block, Naveen Jindal-led JSPL has submitted as many as four bids, followed by two each from Balco and Hindalco. Besides Balco, another Vedanta Group firm Sesa Sterlite has also submitted technical bid for the block.

Other bidders for the mine include Indian Metals and Ferro Alloys, Jaiprakash Associates, Monnet Ispat and Energy, OCL Iron and Steel, Rungta Mines, Sarda Energy and Ultra Tech Cement.

Tokisud North Mine has geological reserves of 103.24 MT while the extractable reserves is 51.97 MT.

This block was earlier given to Madhya Pradesh State Mining Corporation.