Varun Dhawan flaunts his chiselled physique in a new post

Varun Dhawan flaunts his chiselled physique in a new post

New Delhi [India], February 13 (ANI): The handsome hunk of Bollywood Varun Dhawan on Saturday flaunted his chiseled physique by posting a shirtless picture of himself.
The 'October' actor took to Instagram and treated his fans by posting a shirtless picture of him, showcasing his washboard abs, while donning an intense look on his face. The photo was accompanied by a funny caption that read, "I want to eat a burger." 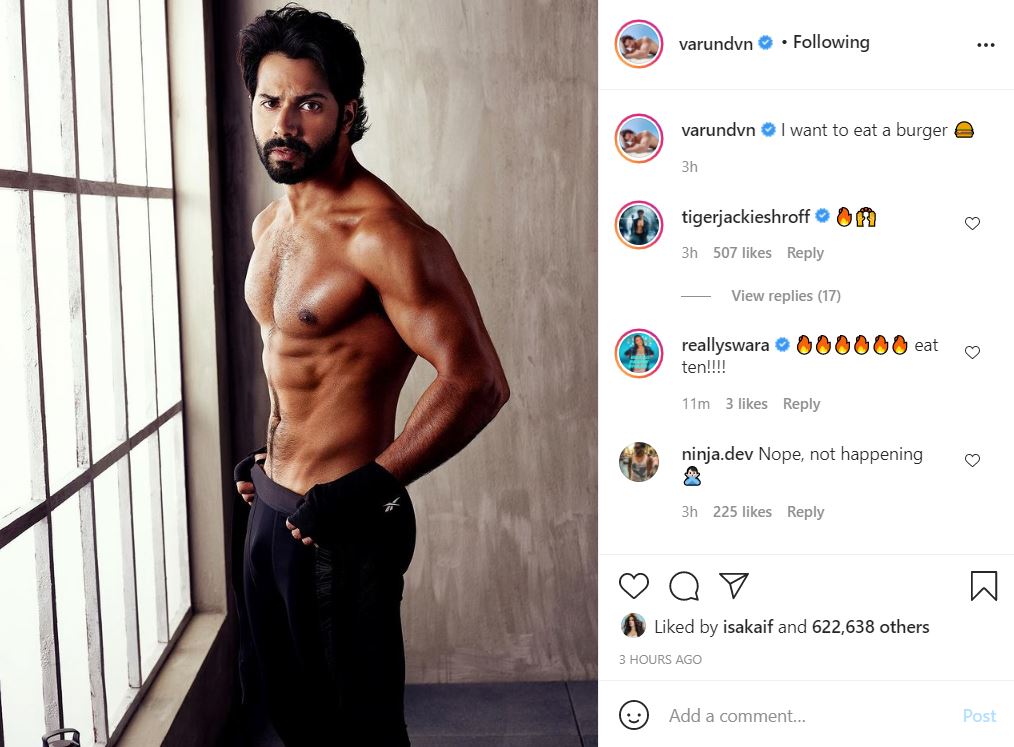 The newly-wed actor had earlier shared pumped-up pictures of himself, along with an inspirational note which read, "Never back down". Varun indeed looked charming while striking his poses with utmost perfection.
Meanwhile, on the professional front, Varun was last seen in his father David Dhawan's 'Coolie No.1', co-starring Sara Ali Khan. He will soon be seen in 'Jug Jugg Jeeyo', alongside Anil Kapoor, Kiara Advani, and Neetu Kapoor. (ANI)