Bengaluru (Karnataka) [India], January 31 (ANI): Former All India Anna Dravida Munnetra Kazhagam (AIADMK) leader VK Sasikala has been discharged from Bengaluru's Victoria hospital on where she was undergoing COVID-19 treatment.
A large number of supporters gathered outside the hospital with flower bouquets to welcome her.
Prior to her discharge, Dr Ramesh Krishna, Medical Superintendent of Victoria Hospital, told reporters, "Vital parameters of former AIADMK leader VK Sasikala are stable." 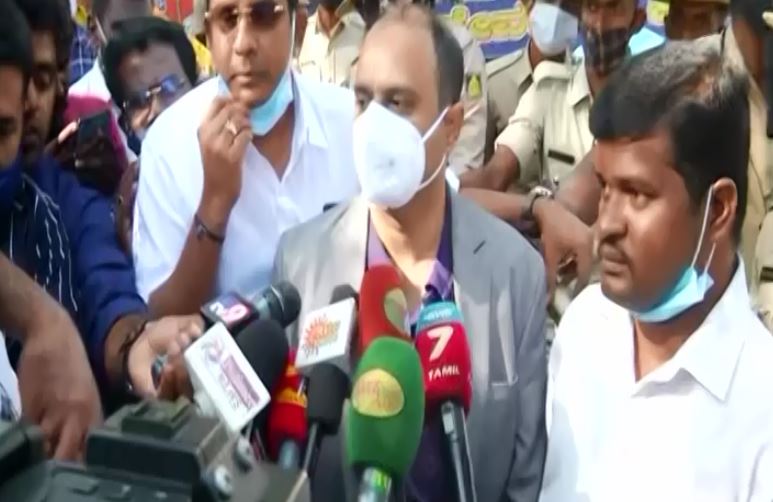 The health bulletin issued by the Bangalore Medical College and Research Institute (BMCRI) on Saturday had stated that Sasikala is asymptomatic of COVID-19.
"The team of doctors attending Sasikala has taken a decision that she is fit for discharge and she will be discharged tomorrow with the advice of home quarantine," the BMCRI had informed on Saturday.
The close aide of former Tamil Nadu Chief Minister late J Jayalalitha was admitted to Lady Curzon Hospital following complaints of fever and later she was admitted to the BMCRI and tested positive for COVID-19 in an RT-PCR test on January 21.
Sasikala was officially released from judicial custody on January 27 after completing her four-year prison sentence in the disproportionate assets case.
In 2019, the Income Tax Department had attached properties worth Rs 1,600 crores belonging to the former AIADMK leader under the provisions of the Benami Transactions (Prohibition) Act. (ANI)