Chamoli (Uttarakhand) [India], February 23 (ANI): The Indo-Tibetan Border Police (ITBP) personnel along with State Disaster Response Force (SDRF) personnel and other organisations are working together to widen the flow of the lake formed at Rishi Ganga in Chamoli, Uttarakhand.
The task is being done by removing tree trunks which have resulted in an increased volume of water release from the lake, said ITBP on Tuesday. 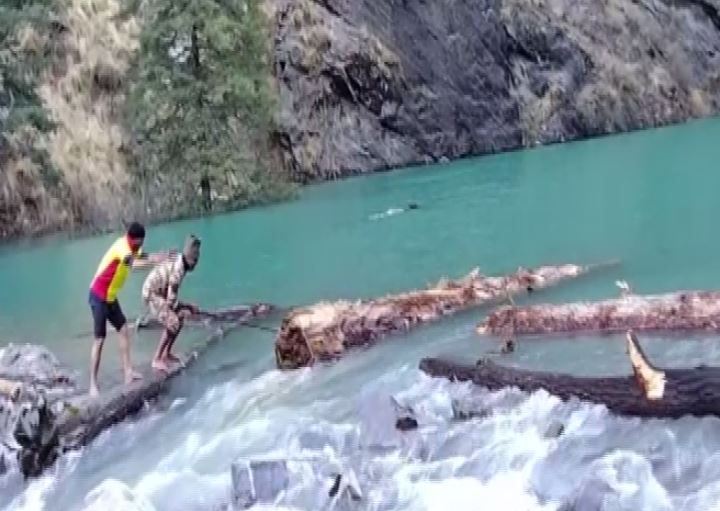 The death toll in the Uttarakhand glacier burst incident has reached 70 after two more bodies were recovered from the debris, according to the state government on Tuesday.
"According to the information received from the disaster control room yesterday, one dead body was recovered from Srinagar Chauras and one from Kirti Nagar. Of the 206 missings, 70 bodies and 29 human organs have been recovered so far," said the Uttarakhand government.
Meanwhile, the rescue and search operation for 134 missing people is underway.
ITBP personnel along with National Disaster Response Force and other sister agencies have been conducting search and rescue operations in Chamoli district.
A glacier burst earlier in the Tapovan-Reni area of Chamoli District of Uttarakhand, which led to massive flooding in the Dhauliganga and Alaknanda rivers and damaged houses and the nearby Rishiganga power project. (ANI)