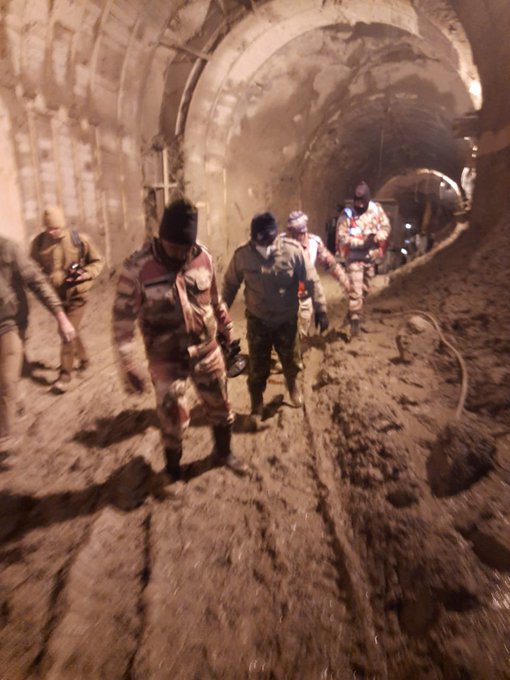 Around 30 people are feared trapped inside.
As many as 32 bodies have been recovered so far from different areas hit by the glacier burst in Chamoli district, while 206 people are missing inside the Tapovan tunnel.
A joint team of ITBP, NDRF, SDRF and sister agencies entered the tunnel yesterday. 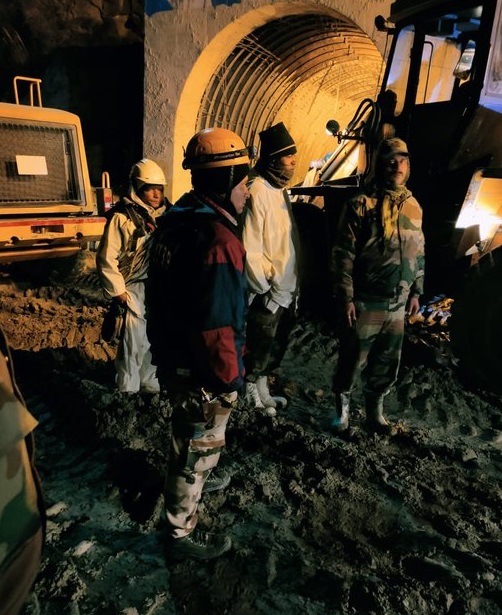 A glacier broke in the Tapovan-Reni area of Chamoli District of Uttarakhand on Sunday, which led to massive flooding in Dhauliganga and Alaknanda rivers and damaged houses and the nearby Rishiganga power project. (ANI)