Chamoli (Uttarakhand) [India], February 11 (ANI): The rescue operation has temporarily halted in Chamoli district following a rise in the level of water in the Rishiganga River, informed Deputy General of Police (DGP) Uttarakhand Ashok Kumar on Thursday.
"Orders have been given to vacate the areas downstream," he said.
A rescue was underway inside the Tapovan tunnel in Uttarakhand's Chamoli district. Around 30 people are feared trapped inside the tunnel. 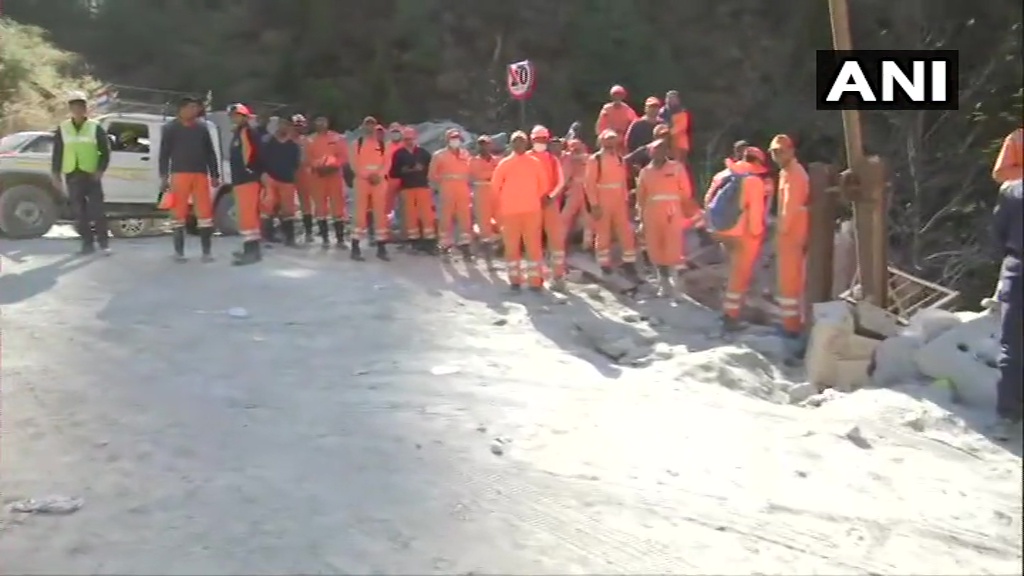 The Chamoli Police also informed that the water level in the Rishiganga is rising and the people living in nearby areas are being alerted.
The police have requested people to be on alert and not to panic.
As many as 35 bodies have been recovered from different areas hit by the glacier burst in Chamoli district, while 204 people are still missing.
A glacial broke in the Tapovan-Reni area of Chamoli District of Uttarakhand on Sunday, which led to massive flooding in Dhauliganga and Alaknanda rivers and damaged houses and the nearby Rishiganga power project. (ANI)