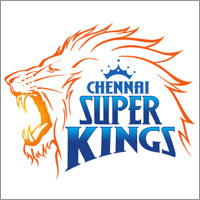 08 November, 2014
Print this article Font size -16+
With just a few days to go for IPL 6 to kick off, there has been a flurry of activity off the cricketing pitch. According to media planners, 80 per cent of ad inventory has been already sold out on SET Max– with most of it selling in the last ten days. What do brands  hope to get out of the IPL outing? BW | Businessworld finds out. Excerpts from an interview with Neelima Burra, senior general manager marketing (appliances and sewing machines), Usha International, which is co-sponsor of CSK as well as air associate sponsor of IPL, and is forking out extra crores this year compared to last year.

What is the idea behind Usha's association with CSK? What are the expectations from the association?
Among IPL teams, CSK is the most successful IPL team so far with great fan following. It has won the tournament twice and reached the playoffs every year. USHA as a consumer durable company has the strongest market in South India, we are also one of the strongest players in there, and hence the association is apt for us.

The company is aiming high in terms of brand presence and visibility through CSK and IPL. Several consumer engagement initiatives around IPL and CSK are being planned. USHA will bring a host of exciting contests and activities for the CSK fans across the country to build up excitement.

Our marketing plans around the 55 day cricket festival will help us build the Usha brand to a new high.

Did you weigh various options — ad time on SET max versus team sponsorship — or are you doing both?
We have evaluated all the options and hence this year partnered with Chennai Super Kings as co-sponsor for the second consecutive year and the company has also partnered with Multi Screen Media (MSM) to be associate broadcast sponsor of IPL 6 at SET Max this year.

Given that CSK has several associate sponsors, isn't there danger of clutter?
Cricket is religion in India and IPL has emerged as the highest engaging event which cuts across age groups, socio economic classes and geographical boundaries.  This has been attracting brand engagement across teams. Clutter is reality outside IPL also, however we have several consumer engagement initiatives planned around IPL, and these will be rolled out during IPL.  We are committed to adding value to the biggest cricket festival and our association by creating excitement around it.

Do you think compared to other media properties, IPL is still the best bet for a brand to gain visibility?
Industry report states that the viewership is expected to rise this season. Also numbers of brands’ association have gone up this year which means more marketing/ consumer engagement activations. This ensures IPL outreach to many more millions of people year on year. While IPL6 will see star studded opening ceremony, we will also launch unique activations and are confident of deriving tremendous value from our association.